Experience Wins On a Foggy Day

Richard Dowling, who won two years ago at Tashua Knolls, makes it to the final day again

Friday June 21, 2019—UPDATE: Semi-finalist Seth Egnasko has withdrawn due to a work-related emergency. His opponent, Richard Dowling, advances to the final match this afternoon against the winner of the match between Finn Boynton and Chandler Morris.

June 20, 2019, East Haddam—The beauty of the 117-year-old Connecticut Amateur Championship is that it welcomes all amateurs who are willing to qualify, willing to walk, and willing, if things go well, to play a marathon of golf in a week. It says—to college players, teenage phenoms and working stiffs alike—let the chips fall where they may.

This year they fell all over the place.

The 2019 semi-finalists come from all parts of the state and all parts of that competitive field. They’ll play 18 in the morning Friday to set up an 18-hole final in the afternoon. (The final has been shortened from 36 because of Tuesday’s 5-hour, 20-minute rain delay.)

Semifinalists include a former champion, Rick Dowling of Golf Performance Center, whose first priority is building a start-up business, Junior Golf Hub, but who still thrives on competition. Thursday afternoon Dowling defeated Jamie Sheltman of Alling Memorial, an Amtrak supervisor, who has been a contender in every championship he’s played in for the past two 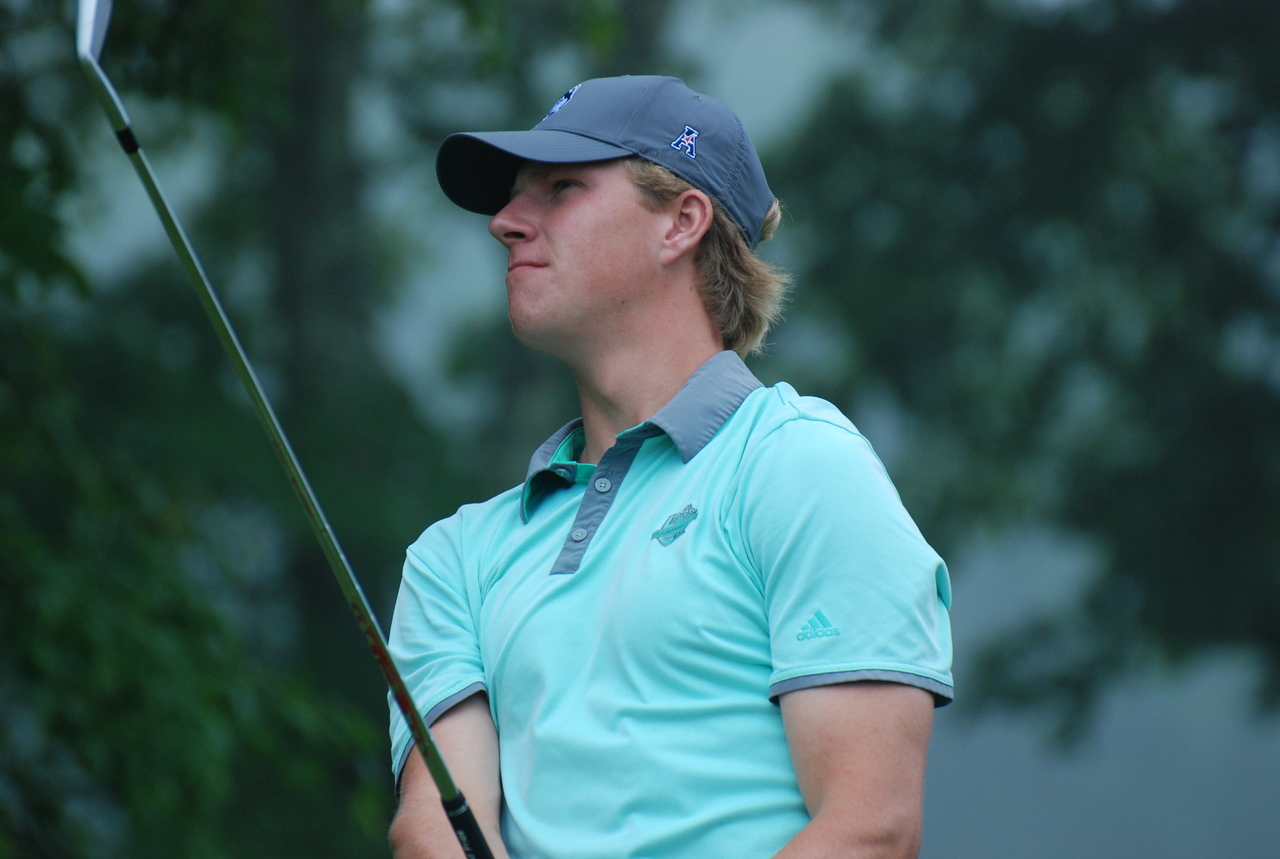 Dowling will play Seth Egnasko, 43, an insurance actuary who calculated his odds of making it to the final day as remote. It’s the first time he’s reached match play. Egnasko is a fairly recent convert to competitive golf, having only built a game that could compete in CSGA competitive since his 30s.

In the other bracket it includes two UConn teammates: Senior Chandler Morris, of the golfing Morrises, who defeated Hartford teenager Matthew Chorches, from a family that doesn’t play. Chorches has learned so well in the past five years that he hopes to play at the University of Tampa next year.

In the morning round of 16 all but one match went at least 17 holes. One went 21 holes. Only Morris won easily, 5 and 3 over Wheeler Park Golf Club’s Dave “Dewey” Renski.

Lindholm, of Sacred Heart, defeated AJ Sanzaro of Assumption College in a match marked by 15 birdies. “We both shot 66, pretty amazing.” Lindholm, a 6’5” marketing major from Montclair, N.J. won on the par-5 third, with a birdie. 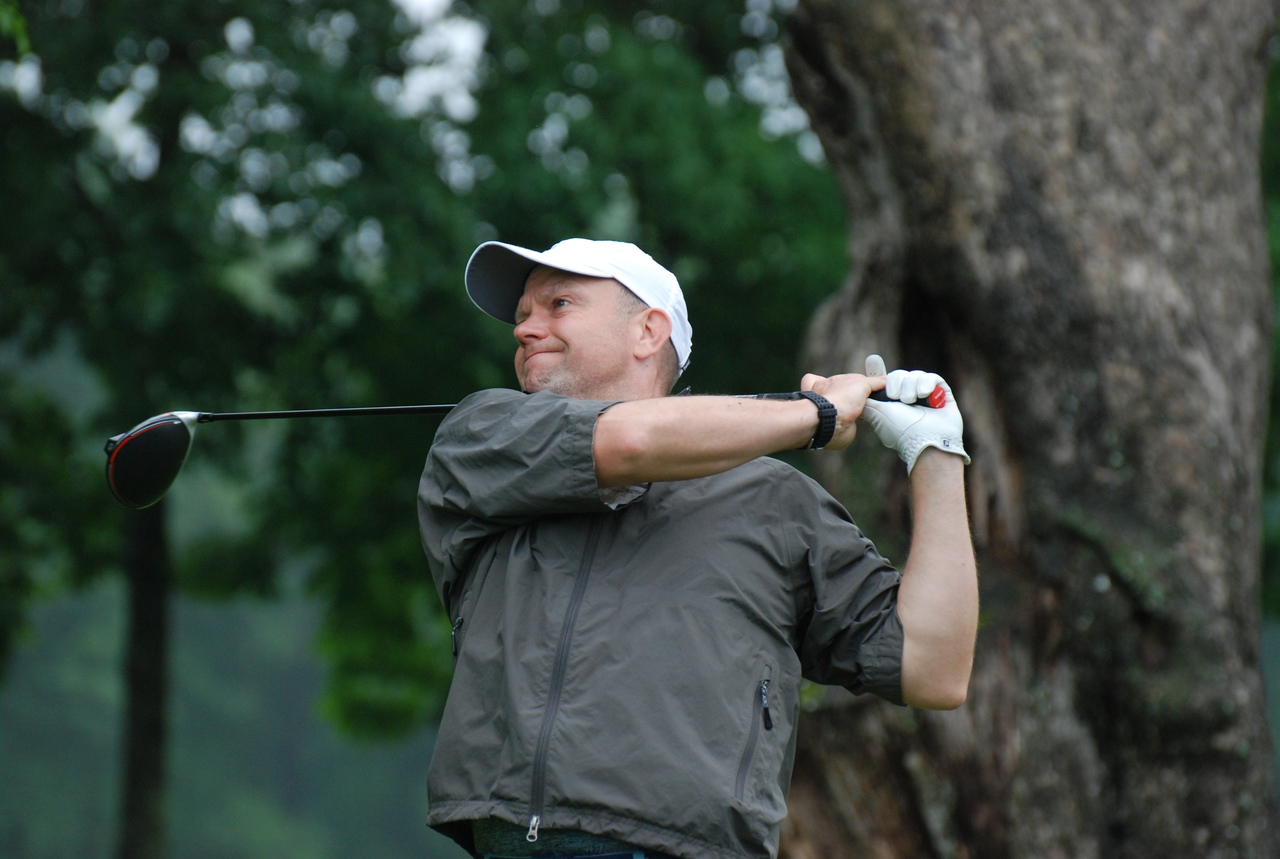 Of the four teenagers who made the round of 16 only Chorches advanced to afternoon quarterfinals. He eliminated 2017 Palmer Cup Champion and 2018 U.S. Mid-Am competitor Ben Day, with an almost magical finish. Chorches birdied three of the final four holes, including the 249-yard, par-3 16th, where he hit a hooking three wood to two feet. Then, when Day birdied the 17th and the 18th to apparently force a playoff, Chorches made a 13-foot birdie on top of Day’s to win.

Delucia defeated Darien High junior Calvin Smith in a match that changed hands nearly every other hole and in which their better-ball score would set a course record.

Tomorrow: The UConn Two, Morris and Boynton, say they are looking forward to their match-up. “It’s going to be awesome!” said a happy Finn Boynton at the end of the day. “We compete all the time. We’ll go at it. It’ll be fun.

Morris said he’d approach it as he did today’s rounds. “This is a hard golf course,” he said.“You have to be patient. Today I mostly played stroke play. I played the golf course. I’m looking forward to playing Finn.” Boynton won against Delucia—member of another accomplished Connecticut golfing family—by reversing a three-down deficit on the front with birdies on Nos. 10, 11 and 12, eventually winning two up. Expect those kinds of streaks between the teammates tomorrow.

The non-collegians are a different kind of pairing: One who is just happy to be there—sometimes a formula for great, pressure-free golf—and one who had his eyes set on the final from day one.

“I always come in hoping to play my best and get all the way to the final,” said the understated 2017 Champion Dowling, who made match play last year but was upset in the round of 32.  “But match play is funny.” Something all four agreed upon.