Hayes got up and down six times on the final nine, including on the 18th to shoot 35 and win by a shot.

Like most golf majors, the 16th edition of the Russell C. Palmer Cup, presented by KOTA, became a war of attrition.

With a swirling, 25-mile-an hour wind playing the role of executioner, one leader after another fell, including, finally, 2018 Player of the Year Ben Conroy.

Until there was one: The champion of the state’s premier amateur stroke play championship.

Rick Hayes of Silver Spring Country Club, co-leader after day one and tied sixth, three shots back, when the final round began Tuesday, took the Palmer Cup with grit and guesswork. 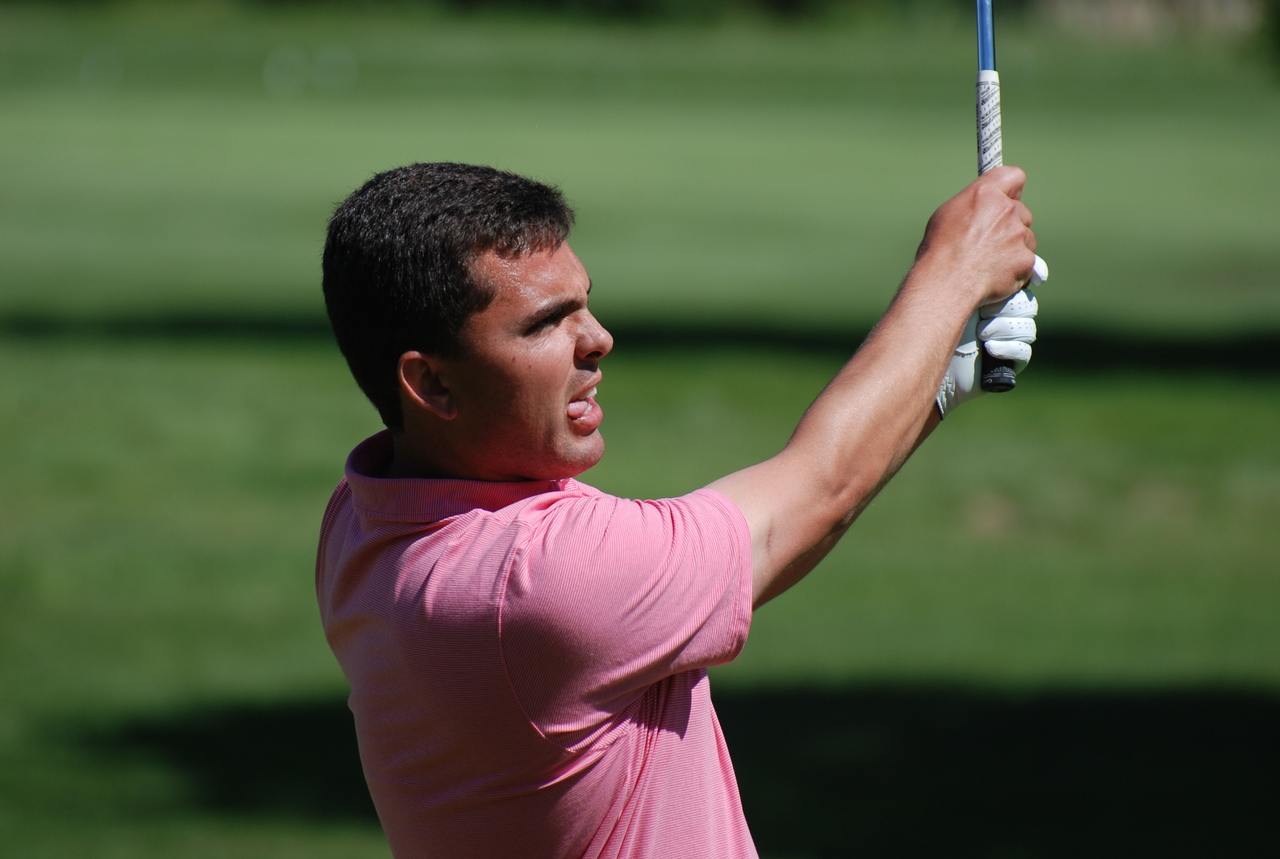 One an afternoon when worsening winds made every club selection an approximation, he got up and down on the 11th, 12th, 13th, 14th and 15th holes, birdied the sixteenth with a gap wedge he’d just bought, survived a three-putt on 17, and staggered home.

“It was like guesswork out there,” said Hayes, 33, a PricewaterhouseCoopers consultant. “You’d look up at the trees and they were leaning one way and the flag was blowing another way and a flag on another hole was going still another way. Brutal.”

On 17 Hayes hit the back fringe, about 35 feet from the hole and, having just learned he was leading by two because Conroy (above left) had driven his 18th tee shot out of bounds and doubled—rolled his first putt 15 feet by the hole and three-putted. On 18, he hit the fairway, but from a slightly cuppy lie his low five iron stopped a few yards short of the green, meaning he would need one more up and down to a back right hole location.

“I was okay with the five iron,” he said. “I knew I couldn’t be over that green. That’s dead.” Hayes hit his go-to 9-iron chip, to four feet right of the hole, as planned. “The putt I left myself was a right-hander’s dream, just slightly right to left. I told myself, ‘You left yourself in the best possible place, now let’s make it.’”

Hayes’ four left him at plus 9, a shot clear Conroy, who last year had won the Connecticut Amateur Championship here. For Hayes, of Ridgefield, the victory represented a repayment for loss on a course with which he has  "kind of a love-hate" relationship. Thirteen years ago, Hayes lost the 2006 Palmer Cup in a playoff to Bill Hadden. He was then a member of the Colgate team.

Hayes and Conroy, along with 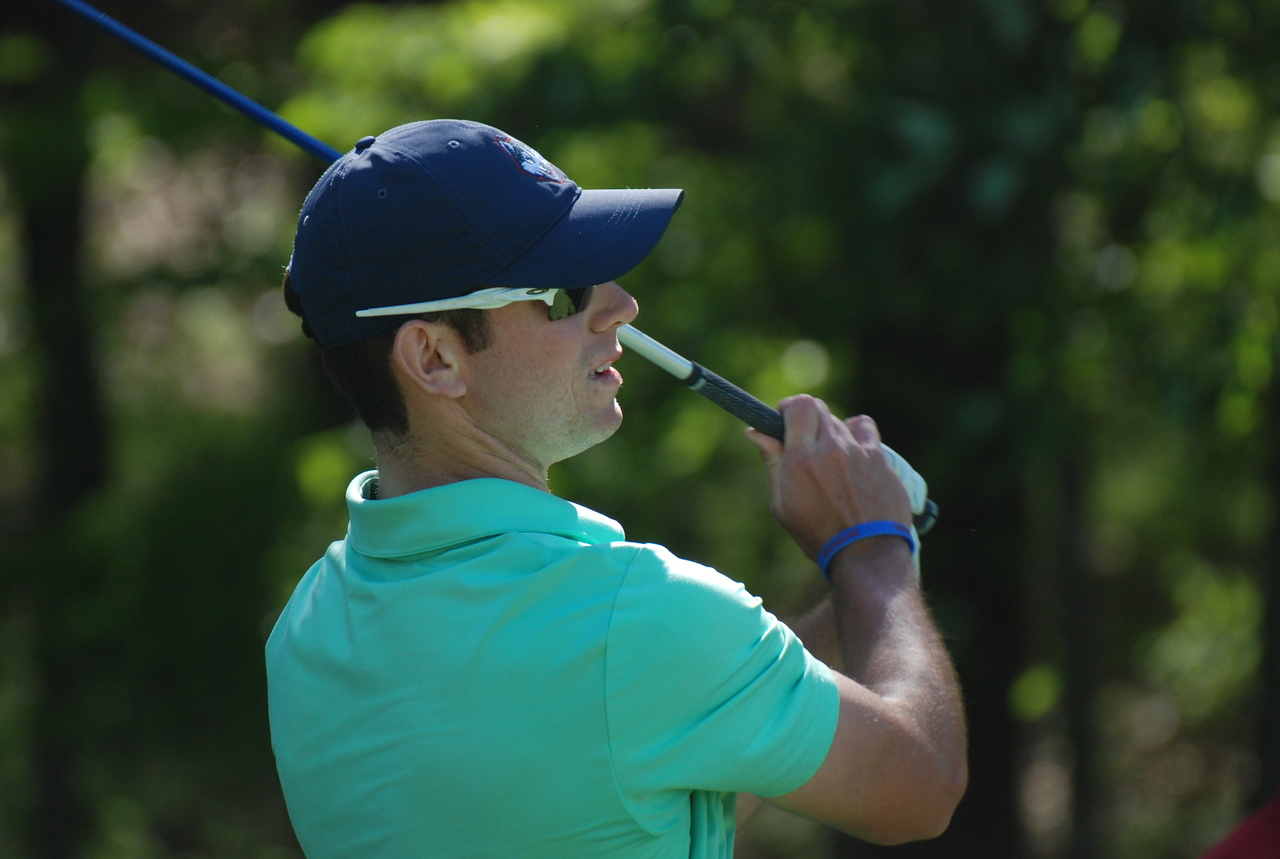 UConn’s Chandler Morris (middle left), a Waterbury member who finished third, were on or near the top of the leaderboard all afternoon. Chandler, a shot back at the start of the final round, briefly took the lead from Conroy with a birdie on the 11th as Conroy bogeyed the long difficult par-3 14th. But Chandler failed to get up and down from the left side of the par-3 12th and then drove his three wood into a penalty area left of the 13th fairway, making seven on the par four. After Conroy, several groups ahead of Chandler and Hayes, made bogey at 17, the leaderboard read: Conroy +8, Chandler +9, Chris Bennett of Madison +9, and Hayes +9.  Bennett (below left) tied fourth with Hall of Fame member Bill Hermanson.

Morris and Hayes were still tied after both had played 15, but Hayes’ birdie on 16 separated them for good. Conroy’s double at 18 took him to plus 10, and Hayes knew what he needed on the final hole.

The fact that Hayes had few expectations coming into the Palmer Cup may have helped. “I really haven’t played much. I went to North Carolina with Mike Kennedy and some guys and played lousy. I went to Florida and didn’t play well. But I had an exemption, so I figured why not give it a try.” Things have been busy at home. He and his wife Regan have a two-year-old daughter and are expecting.

Hayes, who played at Colgate and has since won three consecutive Silver Spring club championships and qualified for the U.S. Mid-Amateur twice, is a former member of the CSGA Tri-State team.

Tuesday morning, with morning temperatures in the 50s and the gusting winds at about 20 miles an hour to start, saw scores soar.  With two exceptions. Greenwich’s Jackson Fretty, who shared the lead with Hayes yesterday, followed his even-par 69 with 73. Shooting five over par on his first nine, the back, Fretty made two birdies on the front and managed a one-under 34 to retain a share 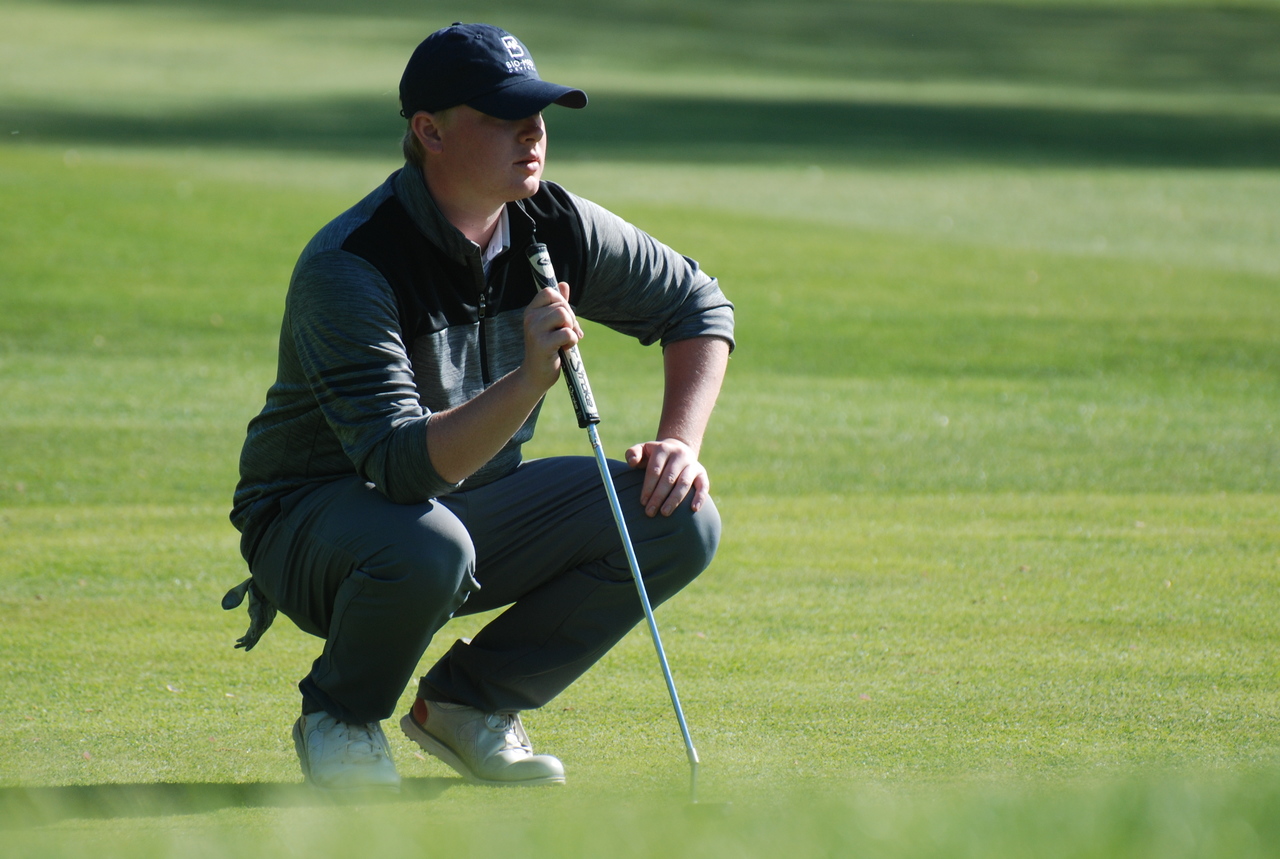 of the lead at 142. This time he was sharing it with Conroy, who won the Connecticut Amateur here last year. In the morning, he did what almost no one else in the field did, improved on Monday’s first round, following a 72 (+3)  with 70 to share the 36-hole lead.

“It was some of the toughest wind I’ve ever seen or played in,” said John Abbott, who nonetheless shot 72 in the morning and 76 in the afternoon to finish T11, despite a baffling—lost ball on the par-3 12th. Jackson Fretty, co-leader Monday, shot 73-82 on Tuesday, T14.

In the end, 216 won it, as one decades-long member had predicted. “The Old Lady bared her teeth,” he said. “She always does.”

Named for Russell C. Palmer, former CSGA Executive Director (1986-1995) and inductee into the Connecticut Golf Hall of Fame (1997), the Palmer Cup is the Connecticut Stroke Play Championship. Mr. Palmer’s numerous accomplishments include establishing the use of GHIN throughout CSGA member clubs and initiating the purchase of the “Connecticut Golf House” which for 30 years has served as the home of the CSGA.

KOTA, A Mohegan LDI Enterprise is a premium provider of digital office technology solutions from the industry’s most reputable manufacturers and vendors. Knowledgeable Account Representatives and Certified Specialists will share their expertise, offering your organization, office or production print environment unparalleled competitive advantages and the ability to navigate through today’s complex digital marketplace.