For head professional Ciaran Carr and the Wintonbury Men's Club, promoting golf to the community is part of the game. 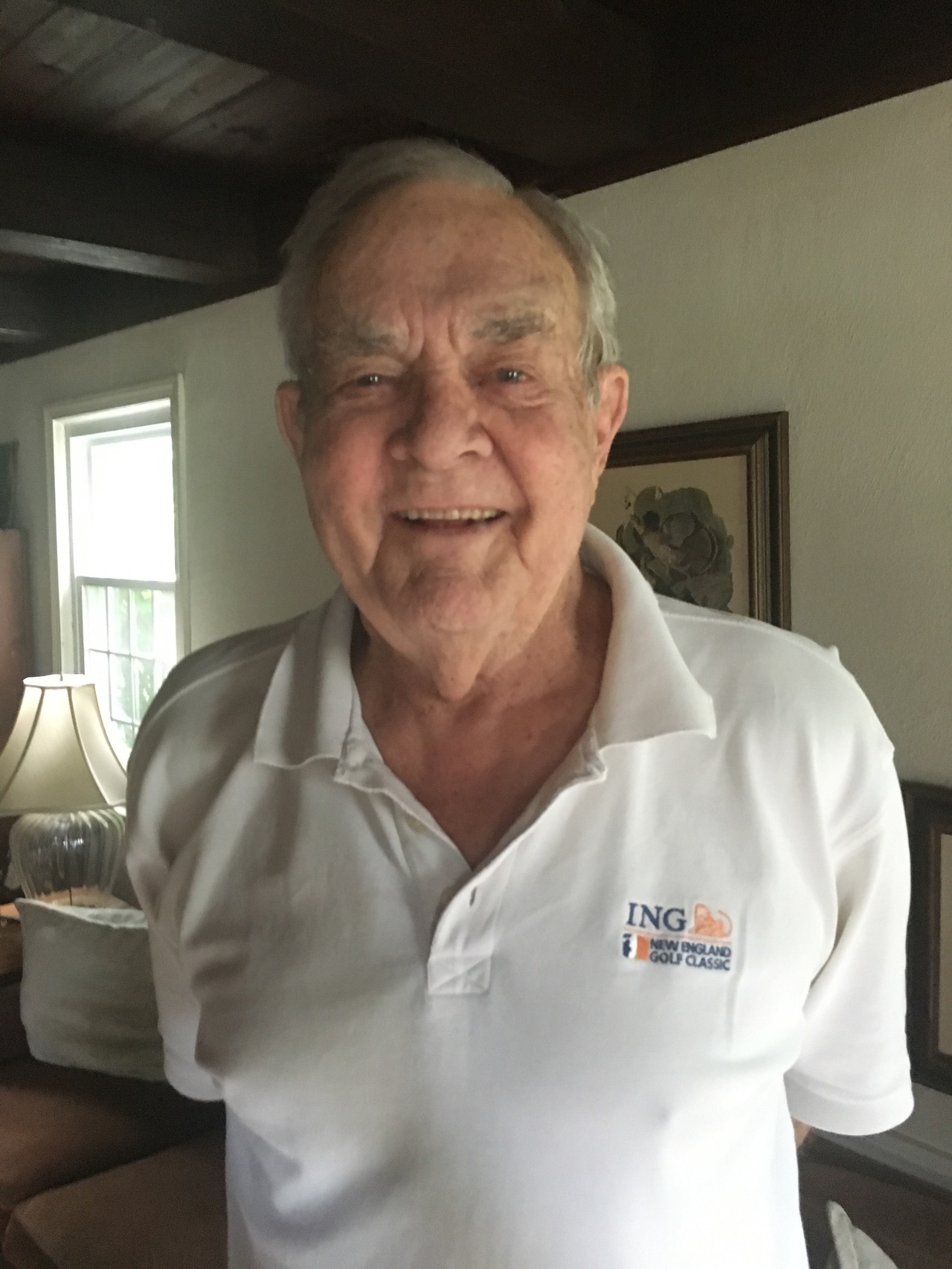 Bloomfield (July 29). Golfers can be stingy with gimmes, but with honors, it’s another story.

Whether it’s a charity event named for a late friend or a tournament created to pay tribute to an outstanding player and leader, paying homage seems as natural as fixing ball marks.

This year, on the site of the 2019 Connecticut Public Links Championship, the members  at Wintonbury Hills will honor a club member who is one of the state’s best amateurs. At the same time, they’ll give the Public Links field a rare kind of practice round.

Wintonbury will play the inaugural Duane Haley Open on Saturday, August 3, just a few days prior to the 34th Public Links Championship, August 6-7.

Named for Bloomfield’s Duane Haley, (photo),a great Connecticut amateur now in his 80s, the tournament will feature a “Pinehurst” or modified alternate shot format, in which teams of two play two shots, choose one, and play alternately from there. There will be both gross and net divisions.

“We think it’s a great chance for Public Links players to see the course and to honor a terrific player,” said golf professional Ciaran Carr. The course will be closed the day prior to the Public Links for another event. For some, the Haley will be the last chance for a practice round. “We expect a broad mix of players,” says Carr.

The Wintonbury Hills men’s golf club, of which Haley is a long-time member, will host the event, and Haley will present the trophy. Haley was instrumental in both the development of the highly rated Pete Dye course, now managed by the Billy Casper group, and the planning and construction of the clubhouse there.

He was also a great player, having won the New England Amateur and “more than 20” club championships at Hop Meadow Country Club and Wintonbury. “His sense of competitiveness and never-say-die attitude molded me,” says son Duke, who used to caddie for Duane, “both as a golfer and a man. He’s not happy that he can’t hit it like he used do, but his short game is as good as it ever was. He can get up and down from a box.”

For its part, Wintonbury Hills has made hundreds of “top” lists over the years, and continues to. In GolfWeek’s 2019 “Best” issue the course, owned by the town, is No. 1 among Connecticut’s “Best Courses You Can Play.” Ninety-seven percent of the players who have posted a rating on Golf Advisor have recommended it.

One reason, says Carr is that Dye made Wintonbury, which he knew would be a municipal facility, extremely playable off the tee.

“You may have a 100-yard wide fairway in places,” says Carr. “The challenge is the greens, and where you put it on the greens. It is definitely a second-shot golf course.” On a course that is usually firm and fast those greens can run at about an 11 in early August. Mastering speed, however, is only the first half of the challenge.

“Pete made some greens look like they break right when they break left, and appear to be uphill when they’re really downhill,” says Carr. “He was tricky like that.” The Duane Haley will play from the green or middle tees, about 6300 yards, the Public Links from the back, about 6700, both par 70.

On either set of tees, Dye’s final six holes are likely to identify the winners. For Public Links players, led by Defending Champion John Abbott, holes 13 through 18 offer a heady mix of opportunity and misfortune. The stretch begins rather benignly, with the uphill par-5 13th, a birdie opportunity, but transitions quickly to longish par 4s with bunkers and penalty areas. The 14th is 455 from the back, with a watery penalty area to the right. The 427-yard 15th features one of Dye’s favorite deceptions, a bunker about 70 yards from the green, that fools players into hitting less club than they may need. After another par 4 of about 410, finishers will face the 230-yard 17th and then a 414-yard par 4 that offers a birdie chance if one’s approach is deft.

Carr, and the Wintonbury Men’s Club, hope both the Duane Haley Open and the Public Links Championship will promote a course that, despite its high and continuing honors, is still unknown to some Connecticut golfers. “I played not long ago at Stanley,” said Ciaran. “A fellow asked me where I was from. I said, ‘Wintonbury’ and he hadn’t heard of it! So you don’t ever rest on your laurels. We work hard to keep the golf course in great shape. We can’t quit promoting it. We think fellows will play in these events and go back and tell their friends about how good it is.”

Promotion is also a byproduct of Carr’s passion for growing the game. A native Irishman who came here in 1985, Carr is one of only about 350 Master Professionals, indicating advance study, in Carr’s case, in instruction. When he helped Bloomfield High School form its golf team and determined that too few students had any experience at all, he helped to form a middle school program. This rare Middle School “feeder” program has helped to build the high school team over the years and just plain grow the game among teenagers. Play Wintonbury in the fall and you’ll likely see them in the afternoon on the putting green learning to master Dye’s difficult surfaces.

It’s a course, a club and a passion that suits the Public Links, where talented, committed public golfers will compete in a statewide championship.