Tomlinson Wins Again at the TOC

Both Peter Tomlinson and Siderowf Division Champion Eric Litke of Keney Park are mostly self-taught. Both were under par at the TOC.

“Getting a tan is not practice,” he said famously.

Peter Tomlinson doesn’t have much of a tan, but he’s a heck of a practicer.

His new focus on measured, targeted practice sessions from 100 yards and in paid off at August’s Public Links Championship, his first CSGA victory, a month ago. And it paid off again Tuesday at Bull’s Bridge Golf Club in South Kent. 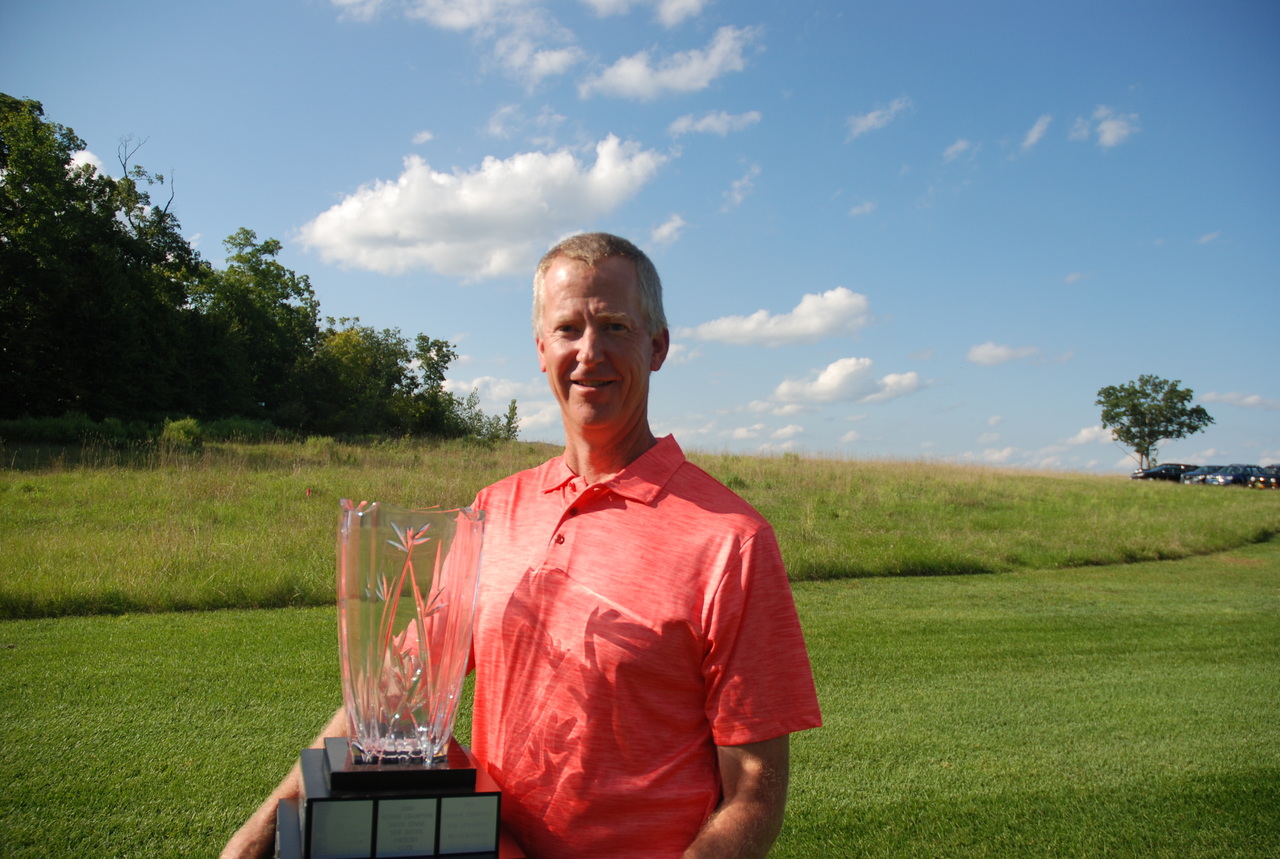 Tomlinson hit all 14 fairways, 17 greens and a fringe, made five birdies and not a single bogey on a damp course that “played long” player after player said, to shoot 67 and win the 14th Tournament of Champions by five shots.

That kind of round, says Tomlinson, who is mostly self-taught, is the result of his new approach to practice. Start with a Trackman. Add a ton of hard work.

“I felt very comfortable out there,” said Tomlinson, who has in the past two years worked very hard on putting and wedge “combines,” using Trackman to grade himself on shots from 45 yards to 100. “I’m focused on making my time count. I put a method to the madness this season.” In a practice technique he’s learned from his buddy, 16-year-old Ben James and Ben’s father, Tomlinson has worked on wedge “combines,” groups of shots from varying distances within 100 yards that are graded by Trackman on their accuracy. A 45-yard shot to 5 feet might get you 90. But the idea is to average a score of 85 on all distances from 45 to 100 yards, and it’s a challenge. Putting drills that force you to make three from a distance before you can move on can take hours to master.

Tomlinson, who plays at Orange Hills but practices mostly at Great River, says he doesn’t hit it especially long, so those shots of 100-yards and in are key. “I have to be good on those. That’s my game.”

For someone who had never won a state-wide championship before August, Tomlinson’s victory was stunning in its separation from the field. No other player in the open division was under par.

‘It’s amazing, this is a very strong field, all champions,” said the 24-year-old. “But I knew that if I worked hard it would come to fruition. It feels like it has. It feels great.

Tomlinson’s birdies did not come only on Bull’s Bridge’s four par 5s, where he was only one under. He birdied three par 4s, two of them over 425 yards, and the 195-yard par-3 11th. His five under lapped the field. Nick Waddington of Manchester Country Club, who shot even par, was his closest competitor. Defending Champion Patrick Griffin shot five-over 77.

In the Dick Siderowf senior division, fifty-eight-year-old Eric Likte of Keney Park (photo) won with two-under 70. He also made 5 birdies against three bogeys. For a player whose qualifying championship this year was the first flight of the Keney Park club championship, it was a whopper of a breakthrough. Was this his best competitive round ever, he was asked.

“Best competitive round? Best round period,” said the self-taught carpenter who has managed only one-under previously.

Like Tomlinson in the Dick Tettelbach division, Litke was the only player in the Siderowf division under par. Bob Murphy of Brownson and Jim Romaniello of Shorehaven were closest with one over. Litke got congratulations from 2018 Player of the Year Patrick McGuiness, also of Keney Park, who shot 80 today, and from Keney Park Club Champion Seth Jainchill, who shot 73 in the open division.

Everyone in the strong field marveled at both winning scores. “Honestly, one over today felt like two or three under,” said Murphy, who shot 73. “The course was soft. It played long. One hole was 460 and my drive plugged. And the grain in the greens is very difficult to read sometimes.”

They get easier to read, one supposes, when you hit every one of them. And all that practice, too, that helps. If it’s purposeful.