And the Days. Don’t forget the Days.

Compile any list of amateur golf royalty, especially if you’re from New England, and you have to include the Days of Connecticut.

Next week two of them, Connecticut Mid-Amateur Champion Ben Day and his younger brother Dan, a former Connecticut Junior Amateur champion, will play in the U.S. Mid-Amateur Championship at Colorado Golf Club near Denver. It’s the ninth USGA championship for Ben, the fifth for Dan. Three of those have been U.S. Amateur Four-Ball Championships in which they played as partners, the latest at Bandon Dunes in May. (They qualified in a playoff at Lyman Orchards G.C. last fall. Photo) 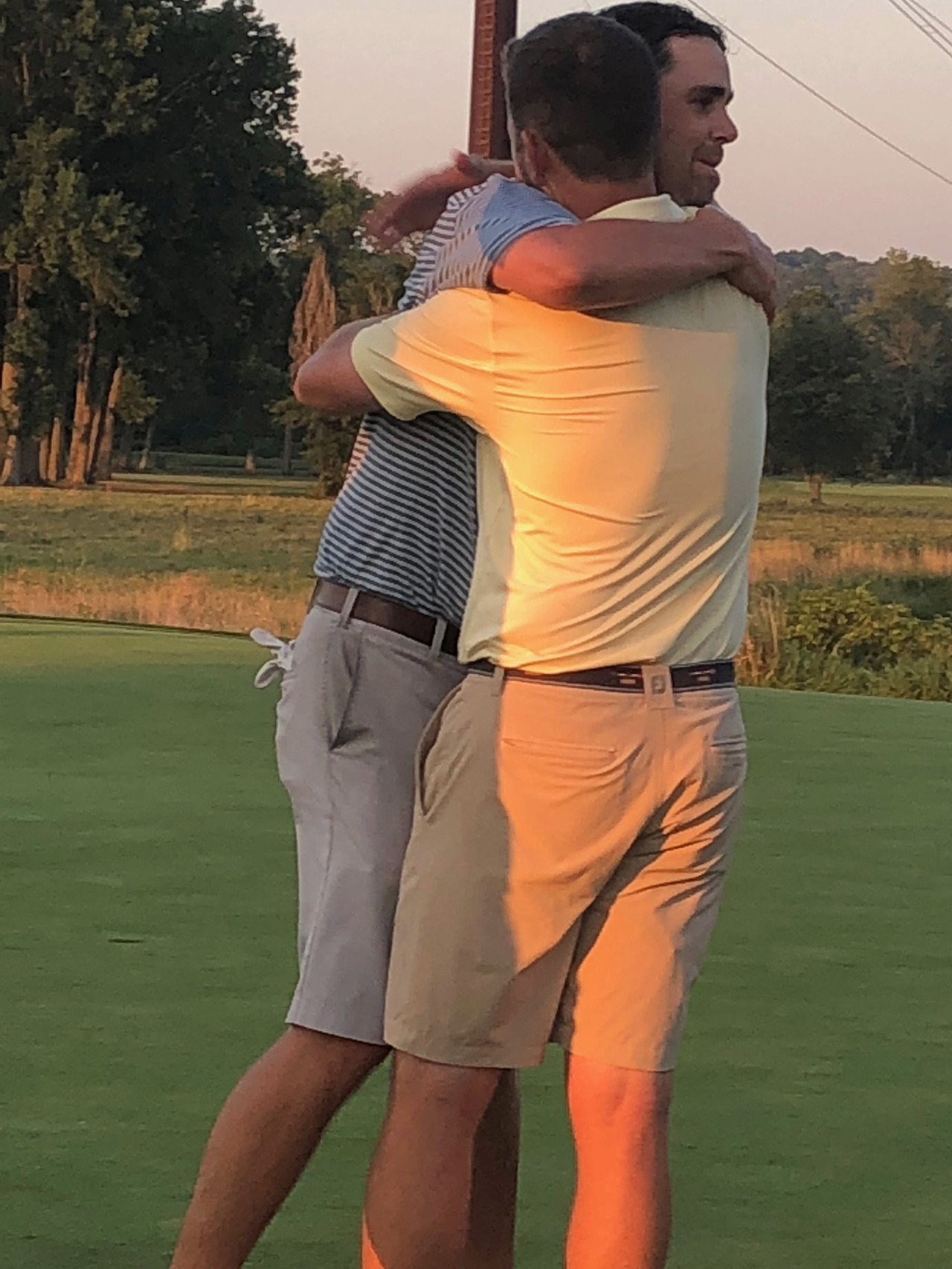 And though older brother Ed has not played in a USGA championship—years ago missing the Junior Amateur by one—he played No. 1 at Vanderbilt and remains a perennial contender in Connecticut championships. (He was T28 at Shuttle Meadow where Ben won).

They have all learned at the feet of father Edward Benjamin Day, who played at Wake Forest on the 1974 National Championship team and has himself participated USGA events, including the U.S. Amateur. He and wife Deirdre will be following the boys to Colorado.

(The extended Day family also includes the Stepanek sisters, stars at Guilford High and daughters of Ed Day’s sister Mary. Katie played at Maryland and for a few years on what’s now the Symetra Tour. Brooke played for William & Mary.)

It’s tempting to rank the three Day brothers, but you won’t get any help from them.

“Dad’s the best player,” says Dan, 34 avoiding the question of brother-rating. . “After that, we might have a conversation. You might hear Ed say that Ben and I are in a separate category. That’s not so. He has all the talent that we do. Some might say that Ben has accomplished the most….” Dan lets this sentence trail off, not saying if he agrees with that assessment. Ben, 38, is even more circumspect. “When I was younger, I might have answered that question,” he says with a smile.

What’s not in dispute is that the two brothers will play very different games in Colorado. “Ben plays a much more technical game,” says Dan, a financial executive with Ulbrich Specialty Wire Products in South Carolina. “He does a lot of thinking on the course. I play much more instinctively. So as a team we balance each other pretty well.”

Ben agrees. “I’m more methodical. Danny’s just ‘let it go out and make birdies and eagles.’ We were in the Four-Ball at the Olympic Club and the match was tight and on the 15th hole there is a pin tucked right and I said something, one of those times when I did, and Danny goes, ‘I’m just gonna go right at the flag.’ I go, ‘I’m good with that.’ It’s really art and science. I prepare and game-plan and go through a lot of consideration. His game is much more art.”

What they share is their father’s never-ever-say-die attitude. “My Dad taught me a lot of things when I didn’t even know he was teaching me,” says Ben. “Some I carry around to this day. One is ‘If you have a swing, you have a shot.’

Ben played college golf at Xavier and is now an Executive Vice President of Summit Plating in Thomaston. He will also be sharing this year’s Mid-Amateur experience with Ben Conroy, with whom he partnered to win the 2018 Connecticut Four-Ball Championship. (Photo). 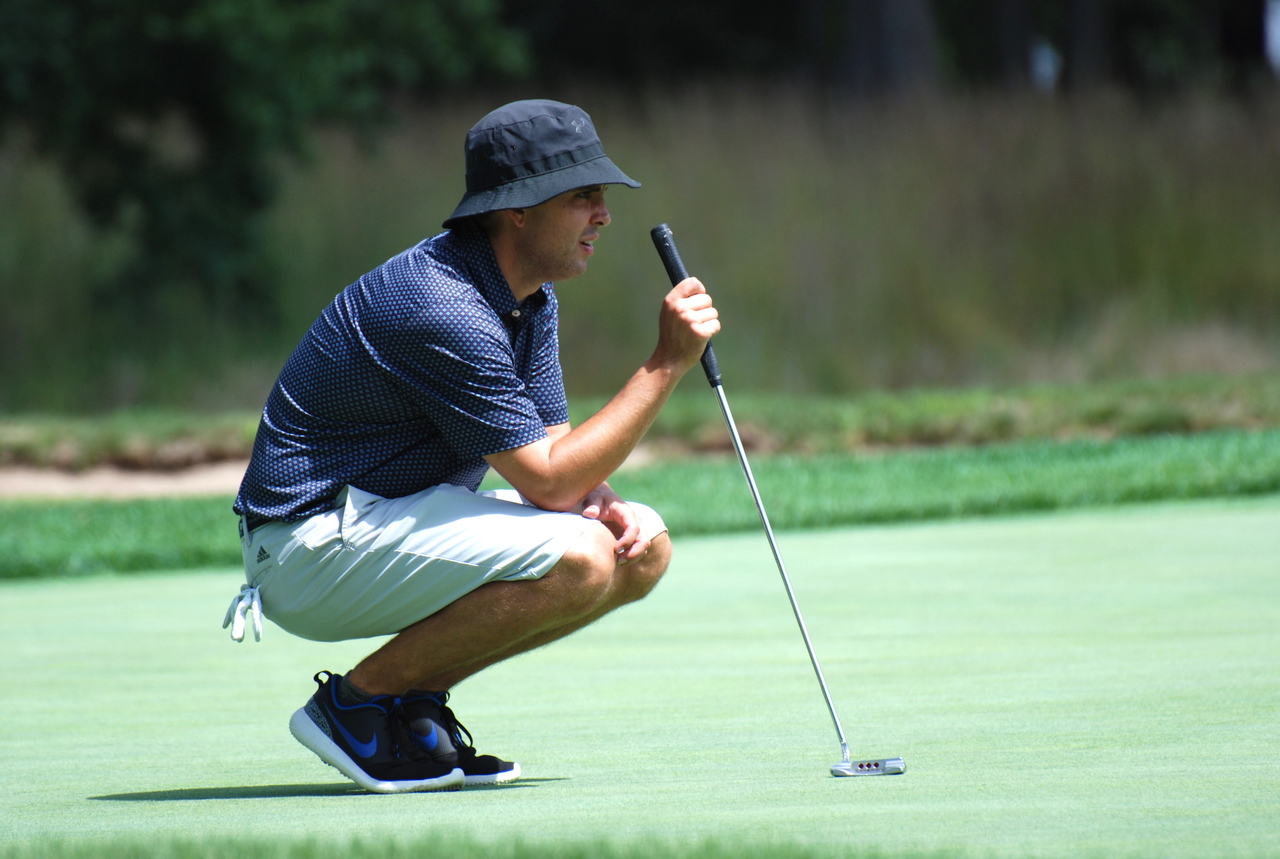 It will Conroy’s first USGA event, having been an alternate for the U.S. Mid-Am last year. They qualified together at New Haven Country Club, where both played until recently, Day is now at the Country Club of Waterbury. Dan qualified in South Carolina. (Although it's unusual for two brothers to make the Mid-Amateur from different sites, it's not unprecedented. The Evelyns, Danny and Matt, did it last year).

In Colorado Golf Club in Parker, the Days will find a Bill Coore-Ben Crenshaw design among the most fair and most breathtakingly beautiful in the West. They’ll also play CommonGround Golf Course in nearby Aurora, a Tom Doak track considered among the best public courses in Colorado.

On the women’s side, meanwhile, Jen Holland of Branford qualified for the the U.S. Women’s Mid-Amateur the same week at Forest Highlands Golf Club in Flagstaff, Ariz., but was forced to withdraw due to school commitments—she’s a teacher.  She was the 2018 Liz Janangelo Caron Player of the Year, and would have been playing in her 11th USGA championship (she thinks) and third Mid-Amateur. “I’m disappointed,” she said. “The USGA puts on wonderful championships, and I love to compete. What’s more I have met a lot of great people from around the country. I certainly hope to be back next year.”

Though all of Connecticut’s Mid-Amateur representatives this year have at one point considered professional golf—Ben Day and Conroy briefly playing as professionals, Holland exploring the LPGA teaching side but deciding against it—they seem content with the Mid-Amateur life now. Ben’s young Connecticut family includes wife Leeza, daughter Margaret, three-and-a-half, and son John, 15 months. Dan and his wife, Jordan, are expecting a daughter in December.

“After playing college golf in Carolina you realize that there are guys who are just at another level,” says Dan, who played his college golf at Guilford College in North Carolina. “And I’m not on that level. But competition is still important to Ben and me, so this is great. It will certainly be different playing in the same event as Ben. Pretty neat though.”

Their goal, the Days brothers both say, is to qualify for match play and win at least one match. “It’s something that has eluded both of us,” said Dan. Adds Ben: “I really feel if I do that it would be like making the playoffs in football when anything can happen. I think it would catapult me to the next level.”

For brothers as competitive as the Days one might assume that the competition in Denver (after practice rounds together) could turn intramural as well. Ben claims no pressure to outdo his kid brother. “I’ll say this. Whenever I play, I want to win. I want to beat everybody. But if I can’t, I’m rooting for Dan.”

We’ll all be rooting for all three of Connecticut’s representatives at the Mid-Am.