"Selling" the Game We Love

Moments like Amy Bockerstette's at the Phoenix Open suggest a way for our game to market itself. Photo: PGA Tour

During a practice round at the 2019 Waste Management Phoenix Open, defending champion Gary Woodland asked Amy Bockerstette from Special Olympics Arizona to play the par-3 16th hole at TPC Scottsdale. Amy is the first individual with Down syndrome to receive a college athletic scholarship. When she told Woodland she didn’t need his on a bunker shot saying, “I got this,” and got up and down for par, the story and the video went viral. You heard a lot about it this past couple of weeks on the anniversary of the event in Phoenix.

What was it that stopped us? It was a moment of surprise, inspiration, possibility: Exactly the reasons we play golf, but not always how our game markets itself.

“I keep saying it, it’s so contagious and the world needs a lot more of it,” said Woodland. “And especially with everything that’s going on in the world right now, we need a lot more Amy in it.”

When the NGF gave its 2019 report last month at the PGA trade show, it veered from the usual statistical recitation to suggest that part of the reason we as a sport are not doing as well as we could—golf’s current recovery is not matching the economy’s as a whole—is because of the way we tell our story. Other sports, suggested researcher David Lorentz, use “purpose-driven” advertising and marketing that emphasizes social, health and conditioning benefits, not only its places to play, its competitions, its bargains.

Though golf participation has stabilized of late, it remains down 24 per cent from 2007 to 2019. The industry has not reached what Lorentz describes as “equilibrium,” when supply and demand stabilize. 2019 was the 14th year of a reduction in facilities. Closures continued in 2019. In that 14-year stretch there have been 1700 closures. But post-recession demand has not risen to match even the reduced number of facilities. Seventy-five percent of golfers, Lorentz reported, used be 50 and under. Now only 50 percent are. The most popular age to take up golf used to be 27-28. It is now in the mid-30s.

The “bubble” of participation increase from 1997-2007, to a large extent fueled by Tiger Woods, included many casual, not avid, golfers. Participation is now roughly at pre-bubble levels.

Other traditional sports such as tennis and soccer were also down significantly over the past decade. At the same time yoga, hiking, intensive interval training and kayaking, were all up. Hiking up 47 percent. Kayaking up more than 100 percent. The common element among the sports that are rising in participation, Lorentz argued, is that their marketing is purpose-driven. They sell not only the activity but its benefits, social, physical and mental. They sell the moments that Woodland and Amy suggest we need more of.

Within the game, Lorentz’s statistics supported his theory. Off-course participation, spurred by what he called the “meteoric” rise of companies such as Top Golf and competitors like Drive Shack, is up dramatically. When layered in with on-course participation, golf matches its pre-recession (1991) levels. It’s important to note that Top Golf and its competitors market the way the NGF suggests. Though these upscale ranges are ideal for practice and even competition, they sell social benefits above all. Indeed, early Top Golf ads could be mistaken for dating sites, so heavy was the socializing emphasis. (It’s interesting to note that while 27 percent of on-course participation is female, 44 percent of off-course play is.) 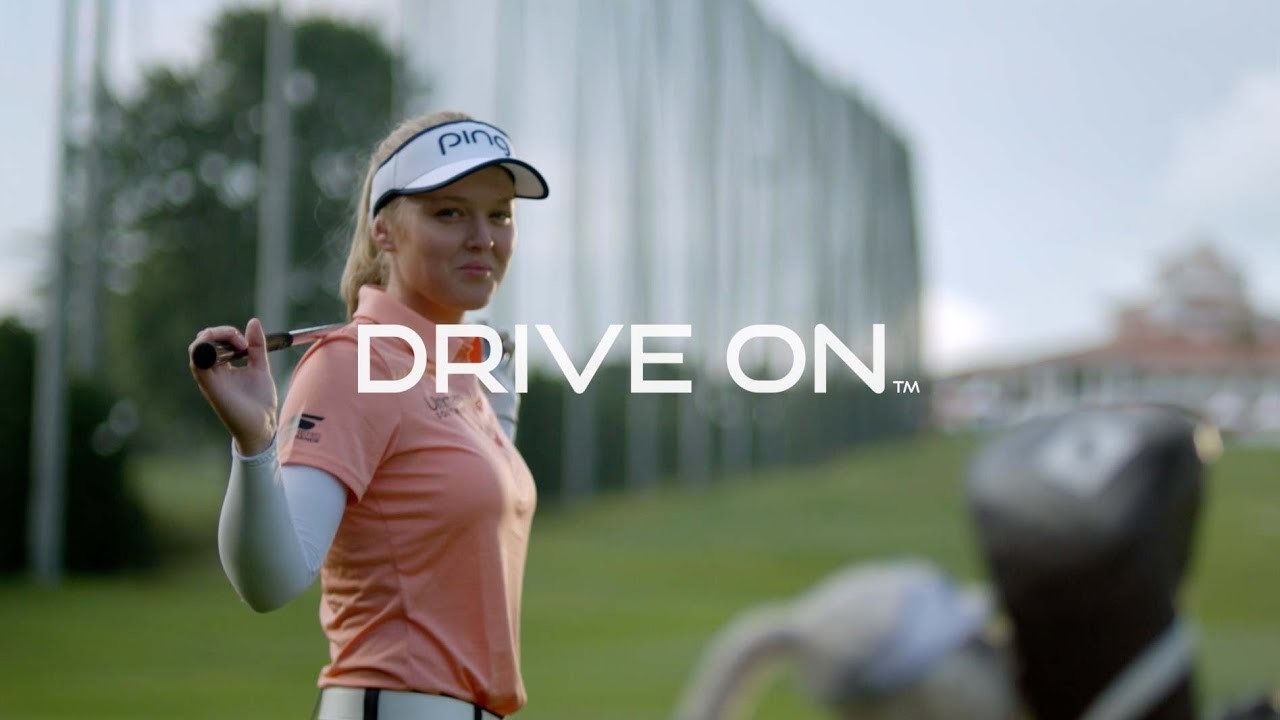 n, which began as the Executive Women’s Golf League, has been one of the game’s great successes in generating female play. It too sells the social benefits of golf and its networking opportunities as much as it sells golf itself. The LPGA “Drive On” campaign is as much about young women’s aspirations as it is about golf itself.

Golf is also seeing a rise in pre-teen participation, another area where organizations such as the First Tee and PGA Junior Golf League are promoting core values such as integrity, hard work and teamwork as much as they are the game itself.

Lorentz suggested that we look to a golf sponsor like FedEx for guidance, which has itself gone to purpose-driven marketing.  Lorentz played ad spots from the last two FedEx golf campaigns. In one, a race car driver endorser rushes into a FedEx store and gets his package delivered immediately. It was an ad that sold function, in this case speed. FedEx’s new Possibilities campaigns, on the other hand, is all about the experiences of FedEx recipients as they open their packages. The difference in viewership and sharing of these videos was astounding, according to the numbers Lorentz presented. “Purpose moves us,” Lorentz argued. “But golf continues to sell grass, trees and lessons.”

There are no easy answers, especially when young consumers have so many choices, all delivered continuously by smart phone. Creating ads that move consumers is far from simple. But sharing golf’s Amy moments, not only its courses, equipment, lessons or deals, clearly seems worth a try.

The NGF, among other research, tracks online searches related to golf. Those searches as active as ever. Interest is there. “There are millions of people who are looking to try the game,” said Joe Bediz,  President and Chief Executive Officer of the  NGF.  “We just aren’t converting as many of them as we could into beginning golfers. And those who do give golf a try are all too frequently not having the kind of experience that makes them eager to continue.”