June 30—It’s a pretty big deal to qualify for a USGA championship, and some would consider it a successful amateur career to do it once.

Alex Lapple has done it twice. At 14.

Lapple, of Ridgefield and Ridgewood Country Club, is one of a handful of Connecticut juniors who are having outstanding competitive summers. In late June Lapple qualified for her second consecutive U.S. Girls’ Junior Championship, this one to take place at SentryWorld in Stevens Point, Wisconsin July 22-27.

Lapple made 15 pars, three bogeys, to shoot 75 and become one of only three qualifiers at Marlborough (Mass.) Country Club. Last year, after playing as the youngest competitor in the Connecticut Women’s Open Championship (T43), the then 8th grader qualified for the Girls’ Junior at Poppy Hills in Pebble Beach. Though she did not make match play, she recorded two respectable 80s.

Lapple also qualified last week for a second 2019 national championship, the Junior PGA Championship, to be held at Keney Park Golf Course in Hartford next week.

Her early experience at the national level already has her making adjustments. “I will take a little different approach this year,” she said, reflecting on last year's U.S. Girls' Junior Championship at Poppy Hills in Northern California. “I won’t try to overreach. I’ll play my game. If I can’t get to a long par 4, I’ll lay back if I think it’s smarter.” For example, given that she hits her drives about 230 max, Lapple thinks she may lay up on  one of SentryWorld’s par 4s that measures 420 yards, "especially if there's trouble in front." Lapple says she’s very much looking forward to both SentryWorld and Keney. “I know Keney pretty well. I’ve played three competitions there,” she said. (Her best competitive round is a strong 75). “It will be fun." 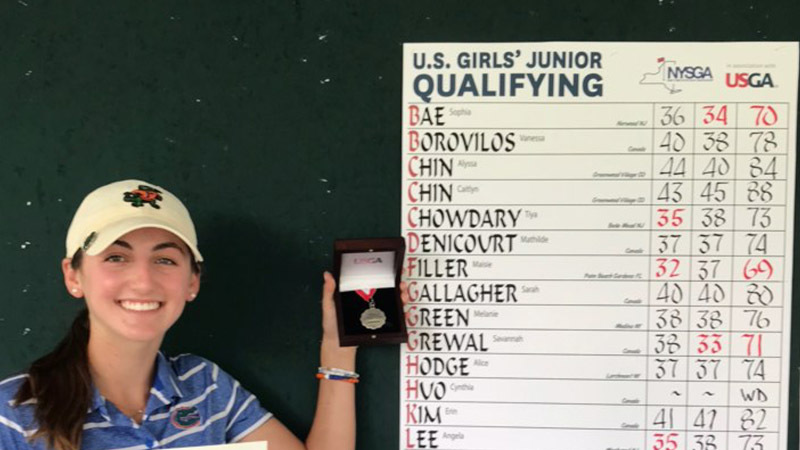 Also qualifying for the U.S. Girls Junior on July 2 was Maisie Filler of Bloomington (top photo), who now lives in Florida. She shot 69 to medal at Cortland (N.Y.) Country Club.

Also having a hot early summer is Alexander Gu of Darien, who last week won the 36-hole Connecticut Junior PGA Championship at Yale, qualifying him to play in the PGA National Junior Championship, to be played for the first time in Connecticut at Keney Park in Hartford, July 30-August 2. Gu also won the CIAC Open Championship at Black Hall in early June, and finished a stroke away from winning the FCIAC individual championship in late May. With Darien High School partner Calvin Smith, Gu won the Chappa Invitational at Longshore Park Golf Club in May.

The secret to this breakthrough year? Gu says it’s a new emphasis on course management. “I used to make a lot of stupid mistakes from bad decisions,” he said. “I’m working on better course management.” Gu shot 69 (-1) and 71 for even-par 140 and a three-shot victory at Yale. 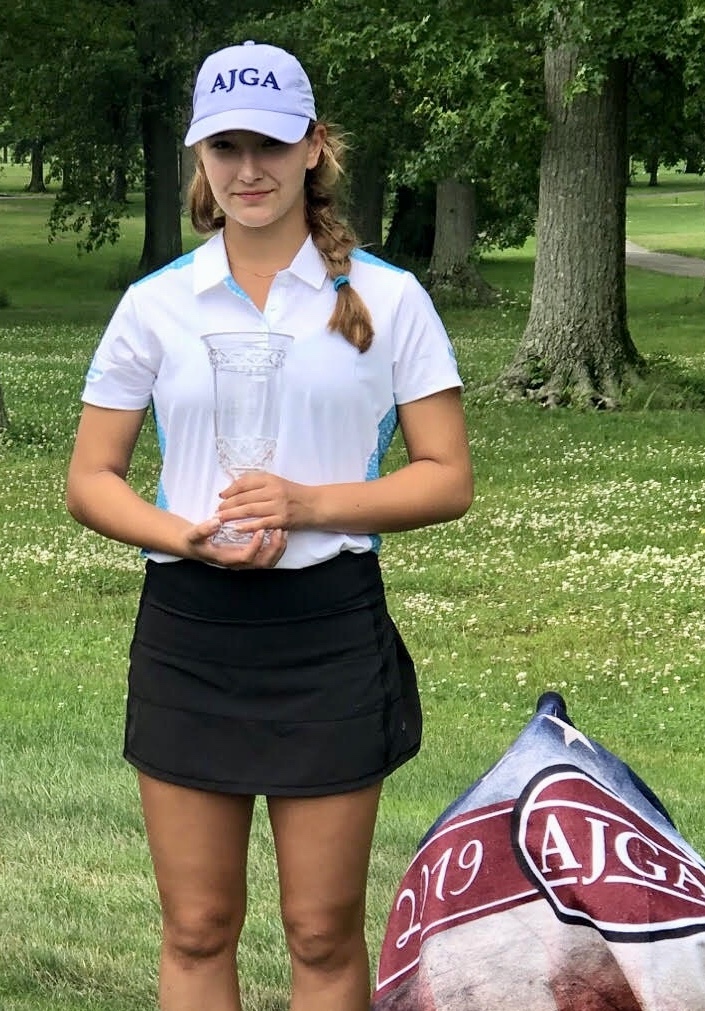 Alex Aurora of Hamden (143), also second to Gu at Black Hall, Tyler Woodward of Durham (143) and Jeremy Yun of Old Saybrook (144) also earned spots in the national championship at Keney.

On the girls’ side, Emily Cohen of Darien, who completed her high school at the IMG Sports Academy in Florida, was first with 75-69-144. She’ll play for Elon University in North Carolina beginning this fall. (She did not qualify for the national championship because she is not affiliated with the Connecticut Section.) Qualifying for the national were Julia Kashimura of Watertown, with 145, Sophia Sarrazin of Westport, with 147, Lapple with 148 and Angela Garvin of Massachusetts.

Sarrazin (bottom photo), like Lapple only 14, has also had a great summer. Shortly after her school year at Staples High School in Westport ended, she competed at the AJGA Mahong Valley Hospital Foundation Junior All-Star Tournament in Ohio—and won. (Will Lodge of Darien was fourth.)

As any golfer will tell you, "no bogeys" can make for a very nice summer.