Alex Gu of Darien won the CIAC Open Championship today at Black Hall Club by a shot over Alex Aurora (left)  of Hamden. Gu shot 75, Aurora 76, and the difference came down to their final holes.

On his last, Gu got up and down for par. On his, Aurora was unable to do the same on a tough shot from a green side bunker.

Both had fought back from double bogeys late in their rounds to regain a place in contention.

Matt Doyle, the Division II Champion from Madison, tied third with Jacob Lindsay of Berlin (lower left) at plus six. 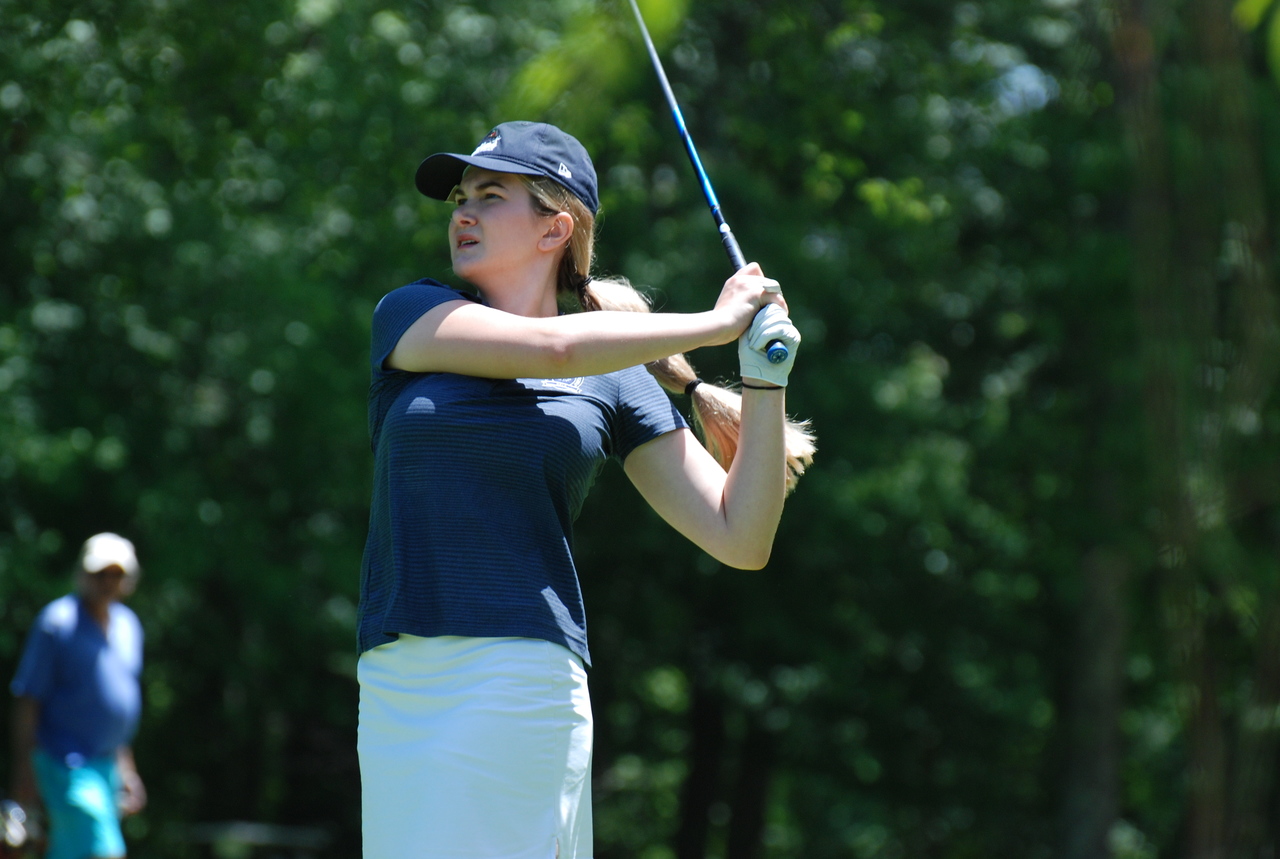 Among the girls, Bethany Fell of Fairfield Warde (right)  was low with 88.

For Gu, who birdied his first two holes of the day and then ground out par after par, it felt like a reward for persevering during a year marked by near misses in the FCIAC and the state Division I Championship.

“It’s been a tough year. I’ve been working rea 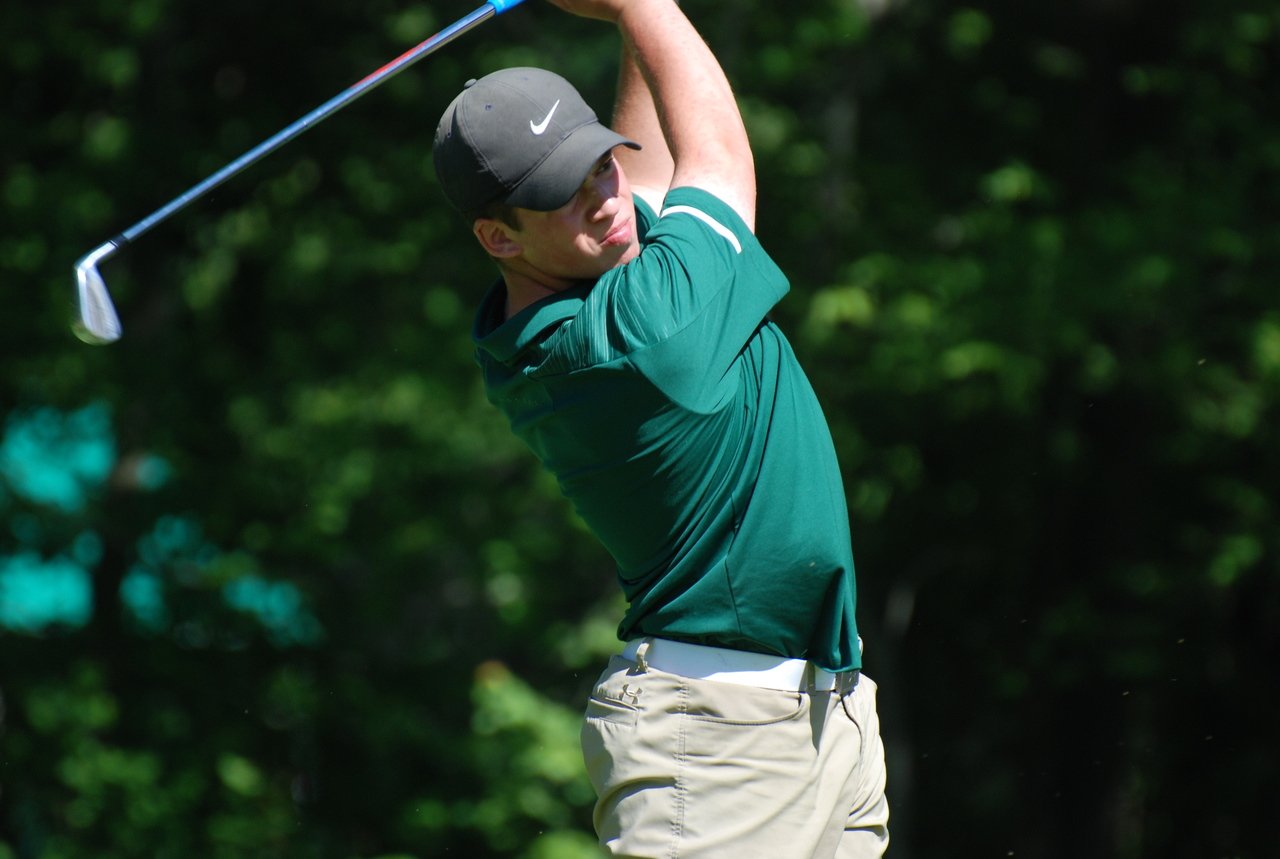 lly hard on my game,” said the rising senior. “And I think the big improvement is consistency and trying to manage the course better. I used to make a lot of dumb mistakes I could have avoided. So this is really satisfying.”

On that final hole, Gu drove left behind the large tree in the first fairway then, with that new emphasis on course management, weighed his options. He hit it about 90 yards over the tree just short of the green and chipped on.

“I could have hit to the bunker, but the best option was short left and then I knew the chip was not that hard,” said Gu.

“He’s methodical in everything he does,” said Mom Judy, who followed him today. “If it weren’t for his course management on those last two holes he wouldn’t have won.”

That and an unwillingness to give in to Black Hall even when it was taking its toll. Gu’s hot start, and a third birdie on the eighth, preceded a six-hole stretch in which lost five shots to par, including the 420-yard 12th where he found a watery penalty area. “We don’t want to talk about that one,” he laughed.

Aurora similarly suffered an ugly stretch—he doubled both the 15th and 16th holes—and fought back. He birdied the 17th, and then the first, and had it not been for the final bogey would have tied Gu. 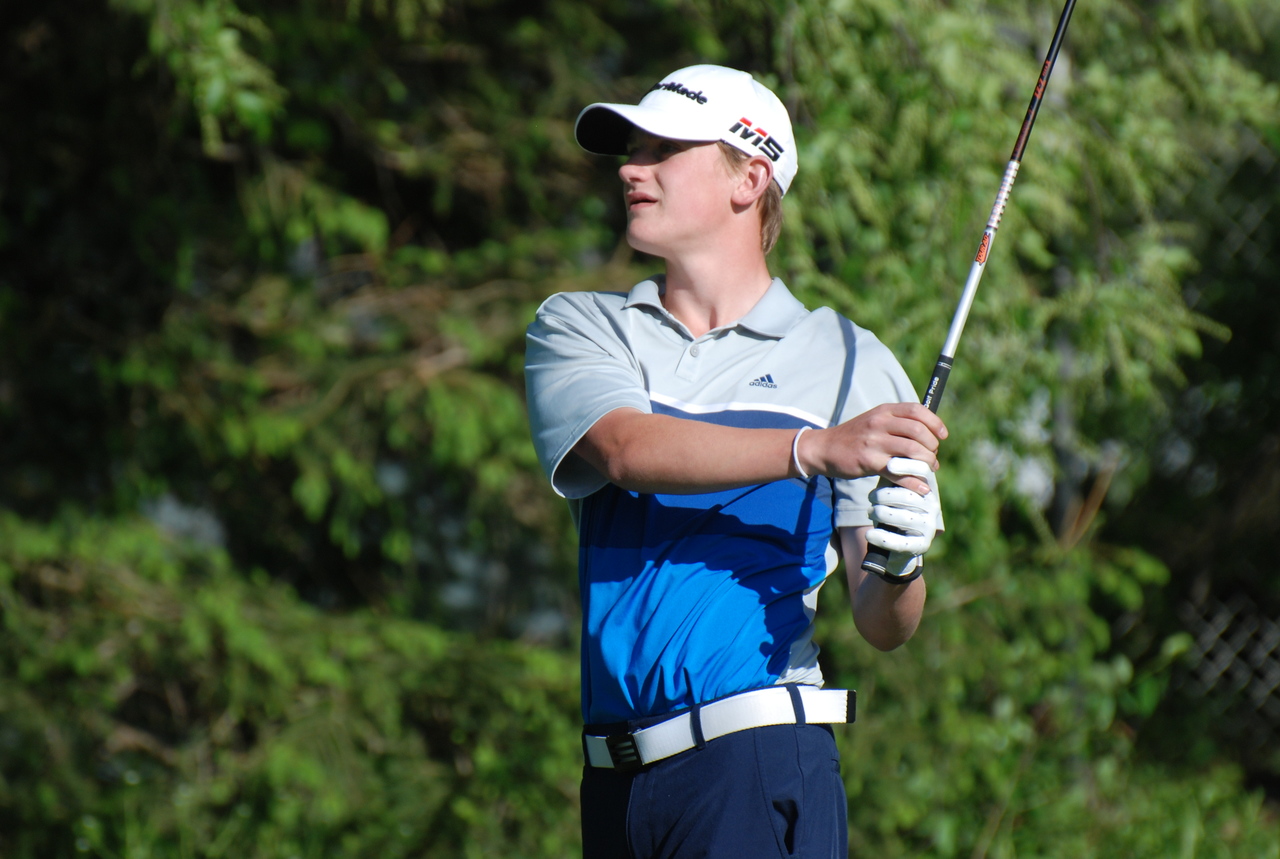 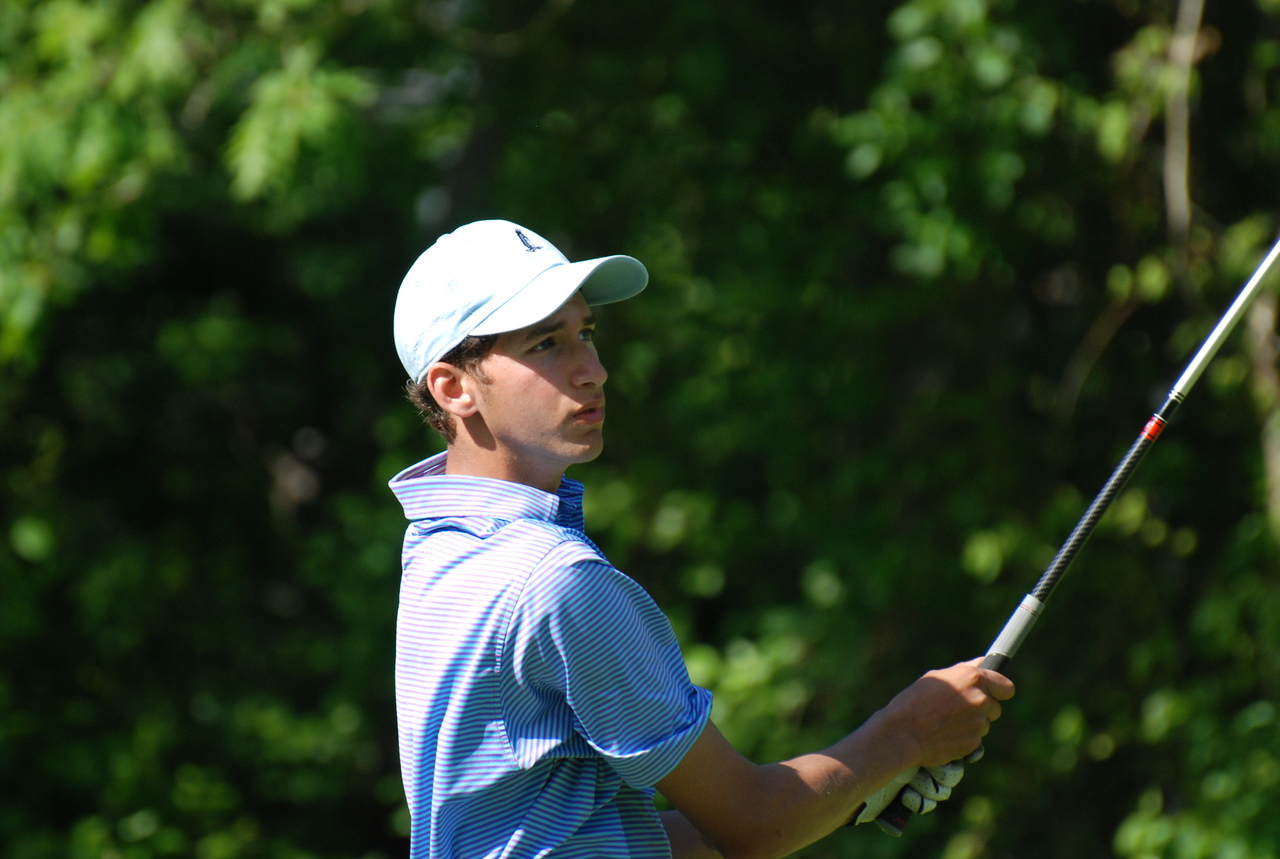 Doyle (lower right), who started with a birdie but by his sixth hole was four over, fought back as well. Late in the afternoon, when Gu and Doyle had five holes to play and Aurora three, they were all tied at +4. Gu held on, thanks to that final up-and-down, and the others were not able to.

It’s been a year of success and disappointment for Gu. He was medalist in the Connecticut Amateur qualifier at Fairchild Wheeler earlier this month, but a day later lost the FCIAC Individual Championship on the same course by a shot to Gunnar Granito of New Canaan. He also came close but did not win the Division I title.

“This feels great,” he said after. "It was a tough day. Just hanging in there, trying to make pars, and making it happen in the end."

The CIAC Open Championship, conducted by the CSGA, is in its second year. The Open, which gives players from all divisions a chance to compete against one another, has been held both years at Black Hall, the site of the annual CSGA Two Man Championship and this year the 74th Connecticut Senior Amateur, as well. A Robert Trent Jones course, it has hosted every Connecticut major championship.  It severely tested the high school golfers today.

“The greens were tough,” said Bethany Fell. “Some of the pin positions were really tough, and you could three-putt really easily.”

Gu, Aurora and others also talked of being fooled on distances—especially to Black Hall’s elevated greens—by a breeze that swirled in from the Sound just a mile away, complicating club selection. “The wind was blowing and the pins were tucked,” said Aurora.

Though it was a day when every one of the leaders fought back from mistakes, one 17-year-old from Darien overcame one last one to take the title.