Though Fernandes won the Masters title, he competes against the young guns in the Open division, too.

July 7—Eddie Fernandes is living the dream. It’s just not the one he started with.

In 2004, Fernandes, on his umpteenth try at the PGA Tour, cruised through the first stage of Q School. It had been a good summer. He’d won seven mini-tour events in a row and had no problem with the first stage. Onto the second stage for the fifth time, his card finally seemed within reach.

He missed qualifying by a single shot.

“Maybe I peaked too early,” he says now. “Anyway, I was 34, my wife Eileen was pregnant with our first child and I just thought it’s time. I’d played so well but peaked too early I guess. I think I had one missed cut in four months, but when I missed the cut in the second stage I decided it was time to take a break from golf,” says Fernandes, from Southington. “I think I probably played 20 rounds of golf between 2004 and 2014.” 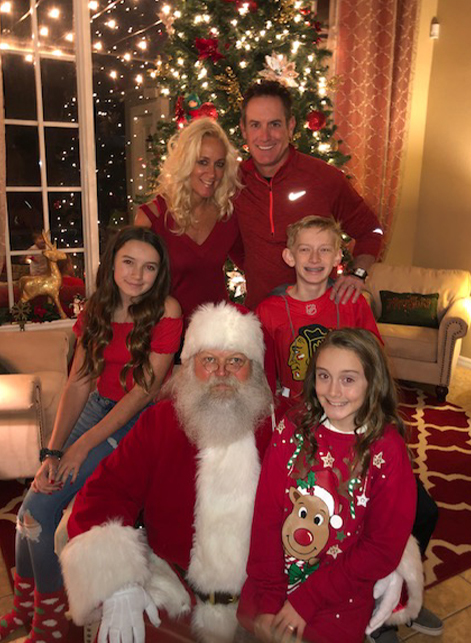 Fernandes took various jobs then, some in golf—he was an assistant at Wethersfield Country Club—some not, and was working in a restaurant in 2014 when a different dream tapped him on the shoulder. “I just felt like I wanted to get back into golf. Didn’t want to work in a restaurant anymore. I could always hit the ball a long way and pretty straight, so thought why not give it a try.”

And Fast Eddie Fernandes, Long Drive Champion, was born. Last year, Fernandes won the Volvik Masters World Long Drive Championship, hitting a drive of 373 yards. (Masters are players 45 and over). This past month at the Atlantic City Boardwalk Bash, Fernandes again made the quarterfinals of the Open Division. He’ll compete on the weekend of July 21 in the Roc City Rumble in Rochester.

Not that anyone saw any of this coming. Forty-four at the point he got tempted by golf again, Eddie got a different reception than he had back when he tried for the tour. “People told me I was crazy. ‘You going to go out there and compete against those kids? C’mon.’ But Eileen was totally supportive.” Let’s face it, Eddie and his wife both knew he belonged in the game.

From the time he picked up a club at Patton Brook Country Club at five, Fernandes was a star—he holed the first chip he ever made—and not just a big hitter. He won the individual Division I championship at Southington High, was a conference Player of the Year twice at Central Connecticut State, won 25 mini-tour events and, including an incredible seven in a row prior to that fateful fifth trip to the second stage in 2004. But he could hit it a long way.

When you talk to “Fast Eddie,” his stage name, about driving a golf ball, it’s like talking to a physics major about gravitational waves. Lot of numbers.

The equipment he uses to achieve those amazing results: “My driver triple-stiff, 5 degrees, able to close down to 3 degrees.”  In other words, a thin, short telephone pole.

A “play” driver, on the other hand, is a normal driver, one not customized for maximum distance above all. “So if someone comes to me and they get measured with a legitimate device, and they can’t get to 125-128, club head speed, I’ll suggest they might want to try something else.”

Long Drive competition works like this: Competitors are given eight balls in three minutes. A “qualified drive” must land and come to rest within the grid boundaries. Minimum yardage for qualification is 300 yards in the Open Division, 250 yards in the Masters division.

Though he qualifies as a Master, Fernandes competes in Open events against kids half his age. He’s made the top eight three times in the last four such events he’s entered. To see him, you believe his assessment that “I’m 48 with the body of a 32 year old.” To keep that body, Fernandes adheres to what he calls a “a very interesting recipe. I train my butt off January through March because it tends to be a little slow then. Events go mostly from April to November. Then, during the season I do maybe 30 minute workouts in the hotel.”

There are a lot of hotels, not only with Long Drive events, but the dozens of charity events at which Eddie is hired to appear.  “It’s a grueling six or seven months. I do about 100 charity events a year. I hit 400-yard drives for every group. We have a blast. I can’t explain how satisfying it is to do what I do for great causes. I have a gift. I can hit a golf ball a long way. I’ve helped raise millions of dollars for great charities and foundations.”

He tries never to be away from Eileen, his son Dylan, 14 and daughters Shea and Bella, 12 and 11, for more than five days at a time. But he enjoys the competition. “It’s like home run derby,” he says. “People don’t want to watch a singles derby.”

And so that other dream, that tour dream, has died?

Well, not quite, Fernandes will tell you. Come the fall he’ll be working with a team that includes Brad Faxon on short game and Lucas Walsh on long game to get his whole game ready for the PGA Tour Champions qualifying school.

“Golf is a funny game,” says Fast Eddie, as if that explains it all.

For an analysis of Eddie's swing, check out this video from Golf Channel.