At Lyman Orchards They Grow Golfers

Lyman's Learning Center and Apple Nine are great for beginners, including a ton of kids. (Photo: Hartford Courant) 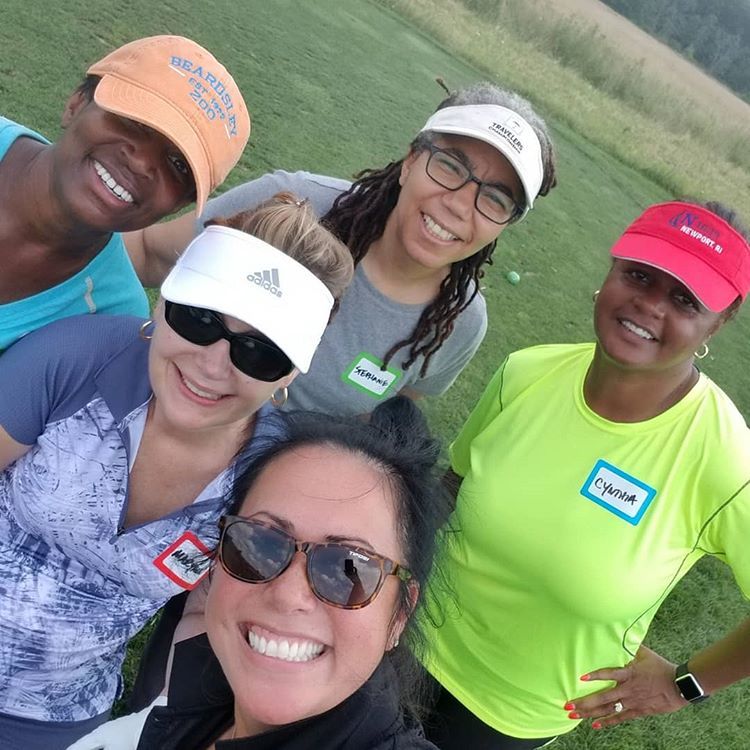 At Lyman Orchards Golf Course in Middlefield they grow golfers as fast as they grow apples.

Which is why the popular public facility was named the CSGA’s Distinguished Club for 2019.

First, there is instructor Marissa Kulig Crow (right), whose Golf Fore Women clinics have attracted more than 2500 over the past 7 years, making expert use of Lyman’s Learning Center and its beginner-friendly Apple Nine which opened a year before she got there. “The first two or three years was all about building the program from the ground up, and now I feel like I have established myself,’’ she says. “This year we’ve had 700 different women take lessons.’’ For her efforts Kulig Crow was named Northeast Teacher of the Year by the LPGA Teaching and Club Professionals division.

Then, there are Lyman’s opportunities for juniors, some of whom have become stars. Ben Conroy, the 2018 Player of the Year, learned the game here; so did junior star Chris Fosdick, now a freshman star at Florida Southern College. This year 600 kids took lessons at Lyman. For these successes and others Director of Golf John Dipollina was named the 2019 Youth Award Winner from the Connecticut Section PGA. Another instructor Jon Wilson, helped launch and now coaches the Wesleyan University Women’s Team and is a past recipient of the Junior Golf Leader Award from the Connecticut Section PGA.

It’s a strong team taking advantage of great resources. “Our facility is perfectly designed for player development,” says Kulig Crow. “Everyone has their niche and I really like to reach out to brand new golfers,” from their teens to their eighties.

“What Marissa is doing with the ladies is unbelievable,” says Dipollina, who has worked with such acclaimed instructors as Kammy Maxfeldt (Birchwood Country Club), Joe Connerton (Hartford Golf Club, now Round Hill Club) and Jack McConachie (Pine Valley Golf Club), all great promoters of the game. “The junior program is taking off, too. The men’s program kind of takes care of itself, but if we can build with women and juniors, we can really get more players into the game.”

And that’s working. Lyman leagues now serve an incredible 450 golfers, one third of them women.

General Manager Jason Beffert says that this grow-the-game effort is what makes his job interesting. “I can do an outing in my sleep,” says Beffert. “But growing the game the way we realize we must, well, that’s new, not everyone is doing it, and honestly no one is doing it really well. So that’s the exciting and entertaining part of the job I really like.”

They understand what it’s like to be a newcomer to anything, Beffert says. “If you play golf you know that when you come to take a lesson you get a bucket of balls and are told to warm up on the range until your instructor comes,” he says. “But for a beginner, someone who’s never been here, it’s ‘What’s a range?’ ‘How do you warm up?’ We have to explain things, make it more welcoming, more user friendly.”

Which is not altruism, but good business. “The Lyman family made the bet in 2012 with the Apple 9 and the Learning Center that we need to attract newer golfers. They also looked at the hundreds of thousands of families that visit the property—to pick apples or walk one of the mazes—who don’t play golf. How do we bridge that gap? How do we introduce them to the game?”

The new golfers at Lyman embody the diversity that the golf industry seeks to promote, and Lyman comes by its inclusiveness honestly. 1830 owner William Lyman advocated the abolition of slavery and took part in the Underground Railway. In 2013 the Lyman Orchard was recognized as a site along the Freedom Trail that brought slaves out of the South.

But Lyman is not only about taking up the game, it’s also about playing it at the highest level. Since the late 1960s, when owner Jack Lyman sought to make a family friendly destination even more so and commissioned architect Robert Trent Jones to add golf to the Lyman acreage, it has been one of the best places to play in Connecticut. The Jones course is a perfect example of that architect’s philosophy (wise before its time and one the game would have to relearn after the “harder is better” designs of the 1980s and 1990s) that the best holes were “hard pars, but easy bogeys.” The course stands up to the best golfers in the region—hence it’s hosting of U.S. Open, and U.S. Amateur Four-Ball qualifiers over the past few years—but is playable, affordable and can be walked by the weekend jock. And it identifies champions. Eric Dietrich of Cheshire, who advanced from the local qualifier here last year, made it all the way to the U.S. Open at Pebble Beach.

“When you put the best golfers on the Jones Course the winning score isn’t going to be 62,” says Beffert. “It might be 67 or 66, but the course holds up.” In addition to the USGA qualifiers, Lyman has hosted the CSGA’s Father Son Championship, Public Links Championship and Senior Four-Ball.

In 1994 and 1995 Lyman added the Gary Player course, a slightly shorter and perhaps more picturesque layout than the Jones, but also challenging.

When you’re done playing at Lyman, you can check out the 1972 Apple Barrel farm market, that includes a deli and a bakery where the Hi-Top apple pies are still made by hand. Or, take a walk on one of two mazes on the property: a four-acre corn maze added in 2000, which has raised more $500,000 for the American Cancer Society, or the Sunflower Maze, dating from 2007, which benefits the Connecticut Children’s Medical Center.