Volunteer of the Year Mike Flis

Flis grew up playing the game in Farmington. A 15 handicap, he's plays strictly for fun, he says.

CSGA (November 8, 2020). Michael Flis has a bit of the Charles Kingsfield about him.

You remember Kingsfield. Or maybe not. He was the brilliant, demanding contract law instructor in the 1970s drama, The Paper Chase. Played by John Houseman, Kingsfield was a fearful presence, but respected and, in the end, almost endearing.

This chilly fall day Flis is training course raters at Richter Park in Danbury, bundled up near the green of the 14th hole and working hard to be patient. He fires a question about three green side bunkers and the answers from his two charges are slow to come and sound uncertain.

“These newbies will drive you crazy,” he says, but with a smile that Kingsfield would have omitted.

When the values finally come from David Blakeslee and Carl “Butch Paternostro, they are in the “average difficulty” range.

“Nothing wrong with down the middle,” Flis says, carefully charting their numbers. “Let’s get to 15.”

Of the hundreds of CSGA volunteers, it’s arguable that none has more impact on the average golfer’s game than Mike Flis, the 2020 CSGA Volunteer of the Year. Flis is not only a seasoned rater of courses, having been at it now for almost a decade, but has become a kind of professor of course rating to new volunteers. His “newbies” today have been at it all season, but they haven’t quite graduated from that moniker. When they do, they’ll be good. And they’ll understand a system, like contract law, that is far from intuitive.

“You have to trust the formula,” he says, holding the ever-present Course Rating System Guide, now produced jointly by the R&A and USGA. “Stick with the tables. New raters tend to overemphasize the things that they’re scared of on a course. But that’s not what the numbers say. It’s a bit like the law that way.” Personal preference, in the law or in the law of course rating, will lead one astray, as anyone who has taken an LSAT exam will tell you.

To teach this law, it helps to know its history, and Flis can tell you about that, too, back to the time prior to the present process when Al Acker and his One Day volunteers managed handicaps. He can succinctly explain the difference between scratch and bogey rating and its role, along with a 5.381 calculation for producing slope rating. And tell you how he thinks it’s working. 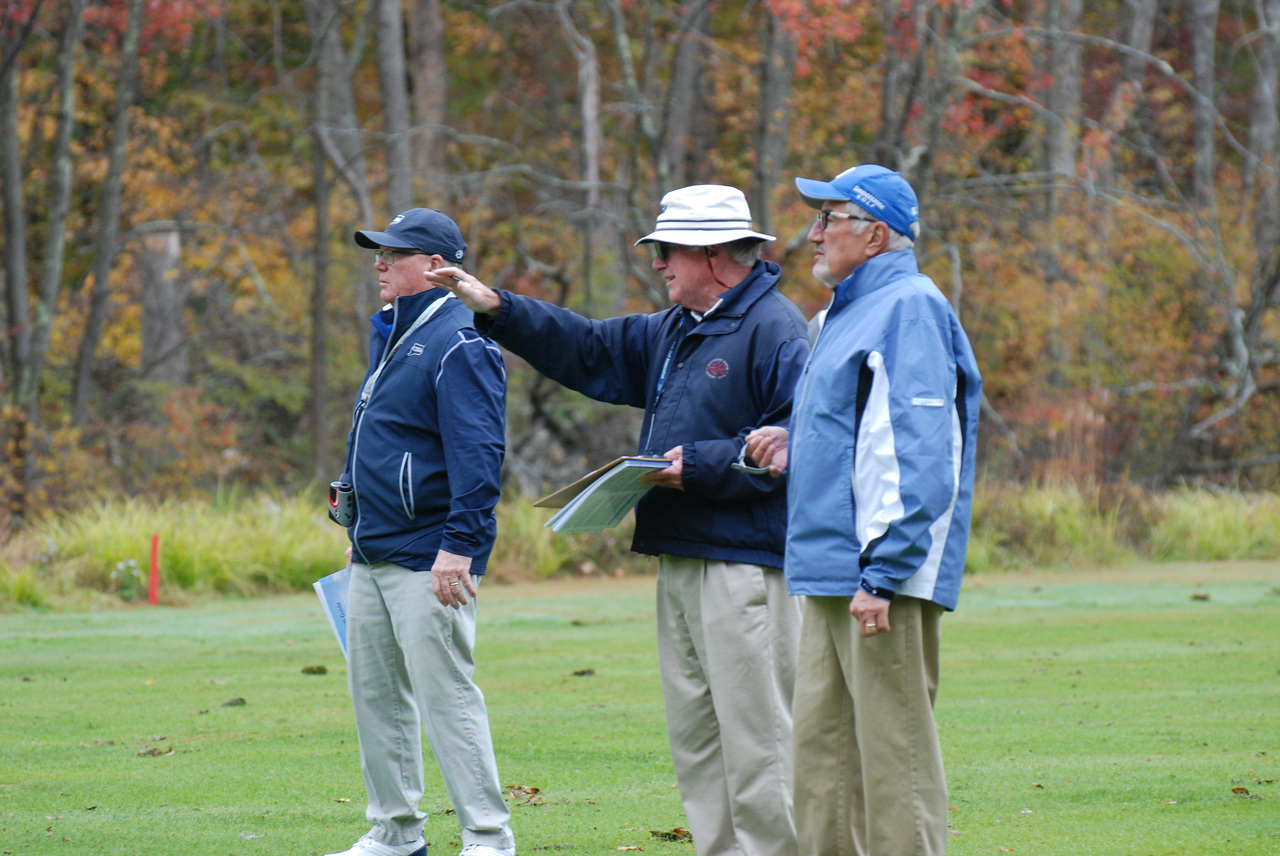 “Within the state, our handicaps travel pretty well,” says the analytical Flis. “Outside the state, I’m not so sure. Every state has its own version of the system and that complicates things.” There is one exception to the in-state rule, says Flis. “The course rating system is very impactful to golfers with, say, 15 to 20 handicaps. But it’s not impactful at all to golfers with handicaps in the 3 to 5 range, say.” It doesn’t differentiate as finely, he says. “So every year we get the 3s calling us and complaining.”

It’s because of his knowledge of the numbers that Flis, a retired Hartford stockbroker, garners such respect among other raters, and from the CSGA staff. "Mike has a thorough understanding of the course rating system and how to objectively evaluate a golf course,” says Director of Member Services, Bill Bigler who oversees the rating of about 25 course a year. “Beyond his contribution in the rating of courses, he is a very important resource for developing that understanding in new course raters and is a valuable mentor for the team.”

The “newbies” agree. “Mike’s a great teacher. He knows so much,” says Paternosto,  “But he listens, too. That’s important.” Flis’ enthusiasm and commitment to the process has rubbed off on the former schoolteacher. “I love doing this. I love seeing the courses. I love the math of it.”

Which can be a bit overwhelming. “It comes at you pretty fast,” says Dave Blakeslee. ”Sometimes it’s a bit of information overload.” Blakeslee looks at his notes, back at the Course Rating Guide and gives his mentor a suggested number for the bunkers on 15.

Flis is like the recreational golfer for whom he puts in so many hours—his team did about 20 courses this year. He’s a 15 handicap who plays for fun, not for competition. “There are players who are good at competition and some who are not. I would play in club events and for two days it was wonderful and then on the last day of the tournament it was miserable. I’m not a pressure player.”

The son of former Farmington Town Manager Stephen Flis, who introduced him to the game at the Country Club of Farmington, Flis was for years a member at Ellington Ridge and now plays at Mohegan Sun Golf Club. He says his own preference in courses tends toward shorter, “quirkier” courses like the nine-hole Pine Orchards, because that gives the average player “a fighting chance against the scratch player who may get annoyed [at the layout.]”

Flis says his rating days are winding down. “I don’t expect to be out there [rating courses] as much next year,” says Flis, who enjoys “long walks” with his wife Carol, unspoiled by golf. He means long. He and Carol travel to the England and Scotland to trek 12 or more miles a day, at such places as Hradian’s Wall, moving from one Bed and Breakfast to another. A different kind of walking tour than the one he led at Richter Park.