Golf on the Upswing

Amy Luett checks in at Longshore. Casual golfers need reassurance that all is safe.

CSGA (May 22, 2020) Across the country, avid golfers are ready to go. Casual golfers will take more convincing. And any return to “normal” in our sport will depend on how courses and clubs show their care and concern for safety during the continuing pandemic.

Those are the conclusions of new research by a new “Back-to-Normal Barometer” of consumer confidence ragarding the return to leisure activities, from golf to taking a cruise to attendance at sporting events.

By any measure, consumers continue to be more trepidatious than they were after both the Great Recession or 9/11, say researchers from Sports & Leisure Research Group, Engagious and Rokk Solutions, which have created the barometer.

The latest findings are from wave three of the group’s research, presented this week and available at https://engagious.com/backtonormalbarometer.

“We’re still in a situation that’s more daunting than we saw after 9/11,” said Jon Last, president of Sports & Leisure Research Group, a veteran golf industry researcher. That said, Last says confidence is improving. For example, among consumers who have attended a live sporting event in the past year, 48% are now ready to attend one again. That percentage compares to 34 per cent in early April during the barometer’s first wave of research. With health assurances such as a vaccine, for example, that percentage reaches almost two-thirds.

When it comes to golf, says Last, the feeling of “deprivation” among golfers and their anxiousness to get back is growing. The percentage of those who “miss participating” rose from 33 per cent during the study’s first wave to 45 per cent now.

But there is a real difference between “engaged” players and casual ones. “Very engaged golfers are back. Where they are allowed to play, they are playing.” said Last. “Casual golfers are iffy. The question is how are we going to assure those who have been more resistant to come back?”

For some, it will take a medical breakthrough: a vaccine, a new pharmaceutical protocol, or, better yet, a combination. For all, it will mean assurance that facilities are being both cautious and professional about keeping the premises safe. That’s begins with what consumers see, say the researchers, things such as employees wearing masks, social distancing being enforced, equipment cleaning done professionally—and not by what facilities say. Reassurances by the facilities or even by governmental authorities count far less than assurances by health authorities, and especially local health authorities. 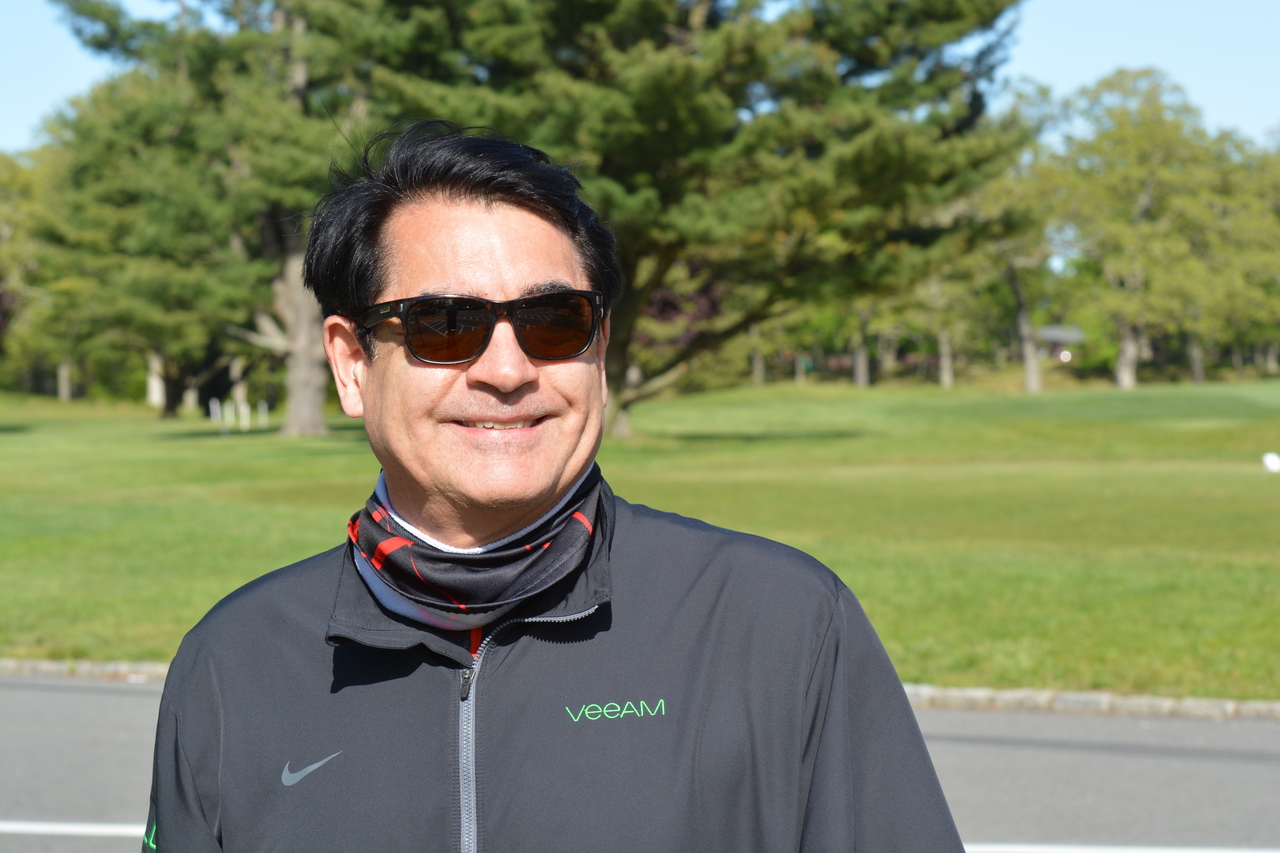 “When customers see employees doing these things, customers conclude that the facility is probably doing other things, which they can’t see, properly,” said Gina Derickson of Engagious. Cleaning common surfaces, golf carts, for example, is important. “They need to see the cleaning happening.”

At Longshore Golf Course in Westport, for example, which opened later than most (May 15) due to the high incidence of COVID-19 in Fairfield County, restrictions were firmly in place. Staff all wore masks. Check-in was outdoors and players wore masks during check-in and prior to play. “With commuters and people coming and going to the city, we are basically part of New York,” said head professional Jon Janik. “We are being very careful.” Starters urged players to maintain a distance of “from 10-12 feet” from one another. And at every tee a “one player on the tee box at a time” sign greeted players. Despite the fact that no carts, either pull or electric were available for rental, tee times were booked solid Friday, Saturday and Sunday of the first weekend. “It’s about time we got out of jail, right?” laughed Doug Hoadley of Lenovo, a technology company (top photo). He and colleague Maxwell Vanderslice (bottom photo), the latter adorned in one of the hundreds of masks his wife Tana had fabricated for health workers, both said they felt confident that golf was safe and that restrictions were being monitored responsibly. “This is a sport with social distancing built in, right?” said Hoadley.

Allowing that some of the barometer group’s research was done before states such as New Jersey, Massachusetts and New York opened their courses, only about one third of golfer respondents said that they had pl 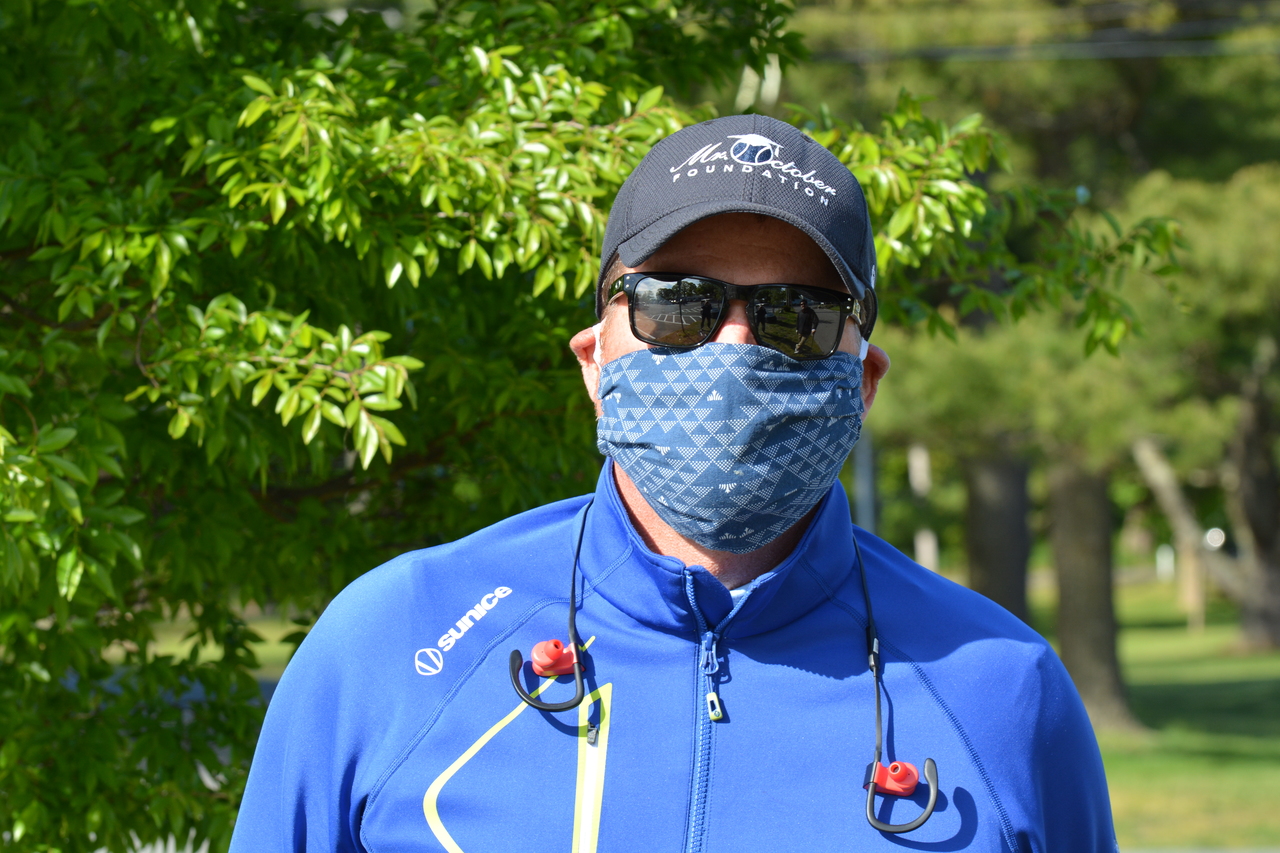 ayed in the last week, about the same number said they anticipated playing during the next week. That number is expected to rise sharply in wave four of the study.

Pent-up demand among golfers to play and watch their sports remains high when compared to almost all other sports, almost, but not quite as high as, for example, football and soccer.

Numbers from the United State Golf Association this week supported the findings of the Back-to-Normal research.  Thanks in part to favorable weather early this spring, scores posted to date, despite the virus, are up 8 per cent versus 2019. Though virus restrictions suppressed play from mid-March through the end of April (when scores posted were down 20 per cent year over year), postings thus far in May are 22 per cent above 2019.