CSGA (July 5, 2020) Social distancing is nothing new to Ye Royal Order of Golf Twisters. They’ve been traveling great distances to socialize for 35 years.

The day we caught up with them about 30 Twisters were about to take on Southington Country Club, where, with the Connecticut Golf PlayBook you can get 18 holes and a cart for $40. They were wearing masks because it was the first day that two could ride in a cart together. Mark McCusker, in an official, satiny Ye Royal Order of Golf Twisters jacket had the mask on and a long sheet in front of him listing the tee times for the 30 or so members playing. McCusker, who sold chemicals for paints to automotive manufacturers among others, says he has “the best practice swing on tour.”  He took up golf in college and learned to play at Van Courtland Park in New York. Now he plays at Candlewood Valley a lot. At that moment he was looking for a missing Twister and was moving a group around to make the tee times work. (Photo: In Tiitleist hat) 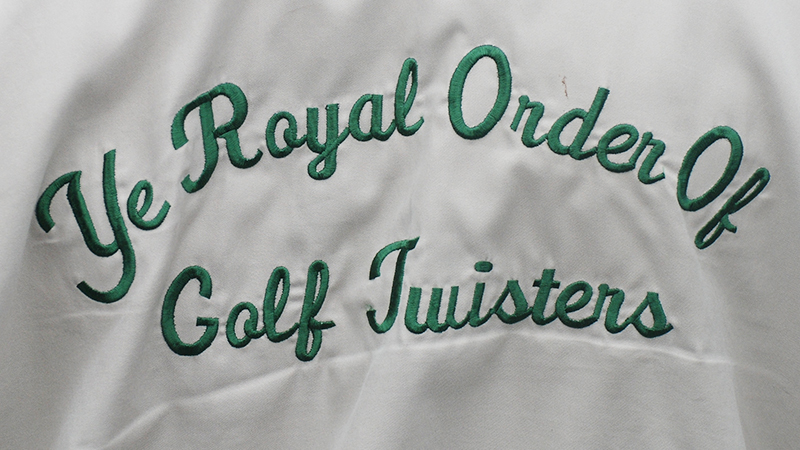 “The Twisters started about 1986 and it was formed by a group of men that were retiring that all worked in the shipping industry, not necessarily for the same company,” says ex-IBMer Bob DeLuryea, 85, who joined the group in 1997, when a late friend invited him to play. By then the group that had included Long Islanders and New Jerseyites had migrated to Connecticut. “While they were working they played golf once a month. When they started retiring they started playing once a week on Thursdays and formed the Twisters.”

There are many elements of the Twisters history that have been lost to, well, history, beginning with the name. “We’re not sure, really,” says DeLuryea. “But the group and every tournament is named for a wind. Today it’s Catspaw, for example. That’s a wind. But we’re not sure why they did that. We just go with it.” Hence, that day’s précis:

CAT'S PAW CLASSIC: Named for a light breeze or wind that ruffles small areas of a water surface, usually in irregular patches during a calm. If you have ever been in a boat on a small lake on a sunny calm day, sometimes a slight breeze will come up creating a 'Cat's Paw’— small ripples of water on an otherwise smooth surface. In Twister parlance it might be one who tries to ruffle or disrupt his opponent by using some Cat's Paw tactic.

What normally would precede June’s Cat’s Paw would be the Whiff Whaff Mirage and the Chinook Fandango. But the pandemic blew them away, so the schedule will continue as follows:

The level of golf in Twisters tournaments varies widely, according to chief Twister DeLuryea, just as his performance has, from the time he joined at 63, when he was about a seven, til today, when his number is “considerably higher.” “There are a lot of guys like that,” he says, but DeLuryea seems less worried about his play than about keeping membership up, given that aging has reduced that number in recent years to 50-60 (depending) from 70 at its peak.

Twisters carry “sandicaps” (the club’s version of handicaps, which adjust rapidly based on tournament results), anywhere from high single-digits to the upper 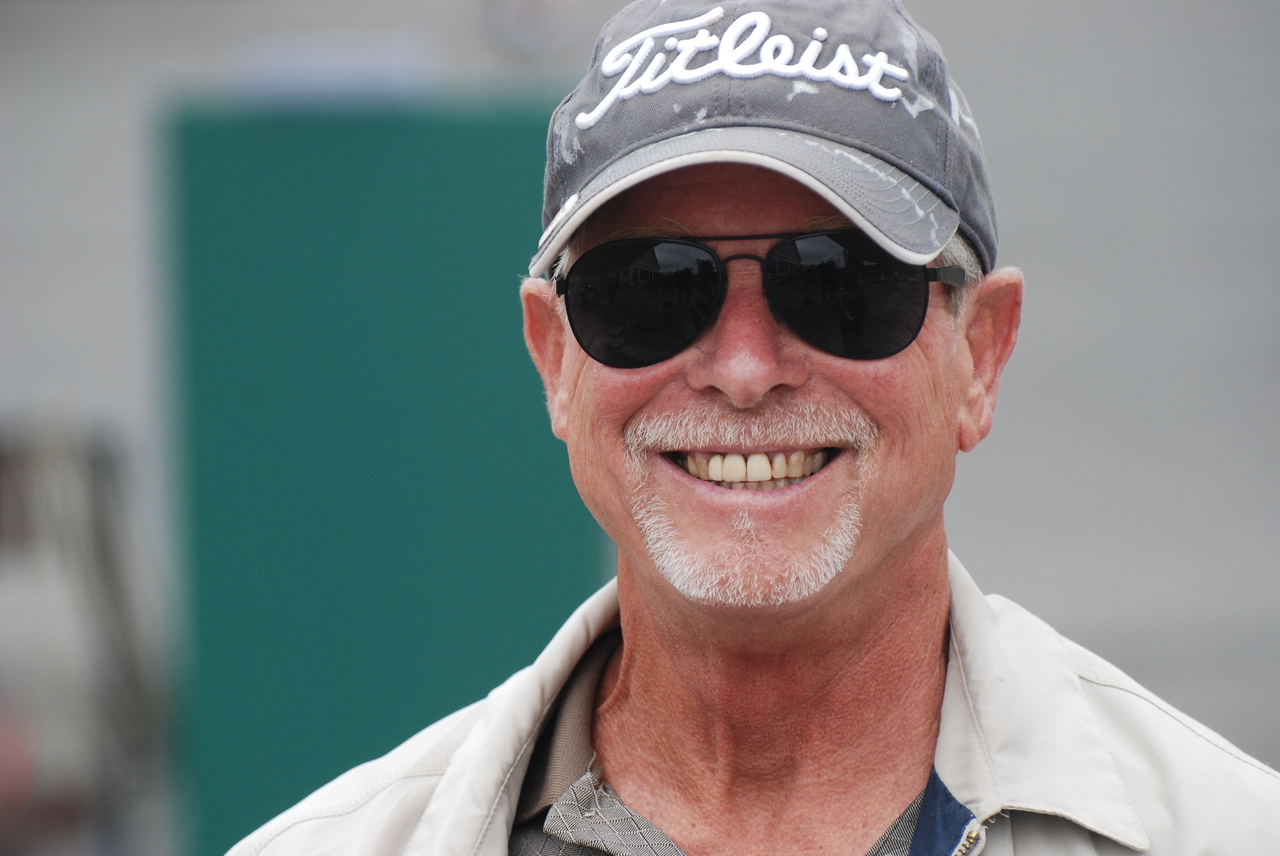 20s. They play competitions once a month, and what they call “roustabouts” on Mondays, Tuesdays and Thursdays. The Tuesday and Thursday rounds alternate between the Eastern and Western parts of the state. Mondays are always at Ridgefield. The annual dues are a deal: $40—and when the golf is done in December they throw a holiday luncheon with spouses included. Though most rounds are played in Connecticut, the Twisters visit Westchester County on occasion as well.

Members stow the Connecticut Golf PlayBook in their bags to make travel around the state easier and more economical. Of the several groups we’ve heard of that use the PlayBook to plan and economize their golf schedules, none boasts the history — or the moniker — of the Twisters. From ex-shipping execs to IBM retirees such as DeLuryea to retired teachers like John Percivalle (English and creative writing, a published poet himself) to realtor Jay Kotlen of Trumbull, who took a day off from a very hot Fairfield County market to drive up with “semi-retired” lawyer Andy Liskov to compete, the Twisters group have evolved, still not taking its golf or itself too seriously.

“Twisters rules are slightly different than USGA rules,” says Liskov. “If you’re putting and it’s within the leather, you’re good.” There is also a Twister rule that  states that "A ball may be lifted, cleaned and placed within one full hand-span (fully extended fingers) not nearer the hole. This applies whether the ball is in the fairway or rough." We think the hand-span rule could catch on. 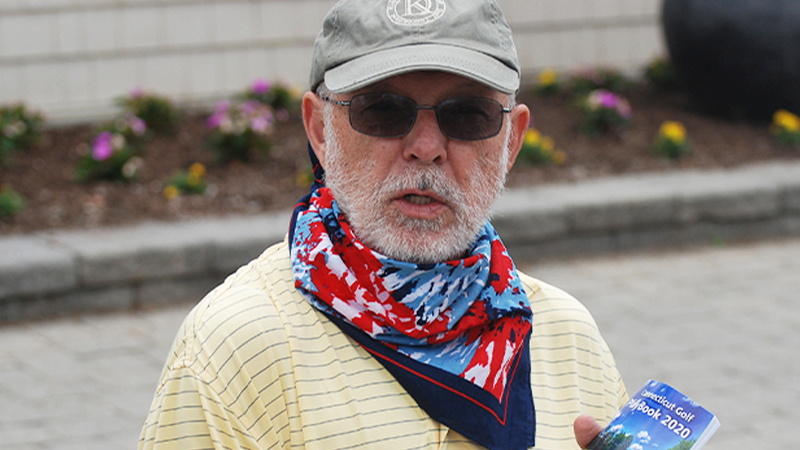 Groups like the Twisters are not unique to Connecticut, but fit in nicely here, where majority of play is on courses open to the public. (Even many private courses offer daily-fee access). For that reason the CSGA created the PlayBook in 2013, borrowing an idea from the Oregon State Golf Association. This year is typical: The PlayBook contains about 70 offers, mostly from courses but also from ranges and indoor golf and fitness facilities, worth thousands of dollars. “I just bought it,” said Kotlen, “I mean you use it once and you’ve halfway paid for it.” It makes sense to DeLuryea, who learned the game as a youth caddie in Illinois, too. “We don’t really have a home course. We play courses mainly all over and a lot of the courses we play honor the PlayBook, so it’s really a cost saver.” Twister Tom Glynn of Ridgefield (photo) had his.

It fits the Twisters philosophy. “It is great because you play different courses that you wouldn’t play otherwise,” says Twister Fred Fawcett, a retired lawyer who sits on the CSGA Executive Committee. “You are playing with a bunch of guys that you get to know. We’ve added days. But the price is right and the guys enjoy it.” It’s also a way to meet new people. “Like today,” said Liskov. “Jay and I signed up and drove up together from Trumbull, but he’s with one group and I’m with another. It’s all arranged.”

It’s fun to be around the Twisters, who clearly love the game, but love the camaraderie of these mini-trips even more. They visit places that you might find in a novel by Percivalle’s favorite author, Richard Russo, who is pretty fond of aging baby boomers, as well.