Dec. 6. Kyle Gallo was inducted into the Connecticut Golf Hall of Fame on December 5 at the annual CSGA Awards Dinner. "I never played for accolades," he said. "I played for the love of the game," a game, he added, that even while you loved it or hated it, always taught you something. Gallo's story:

It was day one of the 2018 Connecticut Open at New Haven Country Club. A handful of reporters hung around the clubhouse, some beginning to write about young professional CJ Swift who had 66. Who was going to beat that?

Turns out 43-year-old Kyle Gallo would, birdieing his final hole for 64.

Though he didn’t win that Open, Gallo proved he can still bring it, as the announcers say, and he loves the chance to do it. “To me golf is something I’ll do, health permitting, until I die,” he says. “You can compete in golf forever.”

The 2019 Connecticut Golf Hall of Fame inductee for Distinguished Golf Achievement is a four-time Connecticut Open champion, in 1998, 2000, 2004 and 2010. He also won the Maine, Providence, Cape Cod and Massachusetts opens. Before that, he was a three time All-New England pick at Central Connecticut State and CCSU’s Male Athlete of the Year. He was runner-up in the 1995 Connecticut Amateur and won the 1997 Connecticut Public Links.

At Berlin High, he had an astounding 102-13-6 match play record. He was state champion once and co-champion once and runner-up in the 1992 Junior Amateur Championship. He made the the CSGA New England team twice.

It was no wonder, then, that Gallo’s dream was the PGA Tour. In 2004 he missed by a shot at Q school. “To get so close and not get it, It was really difficult to handle,” he says. He played the Nationwide Tour in 2005 and 2006, but injuries set in. “My legs, my back,  my body broke down.” When he was healthy again he was competitive again, but the opportunity wasn’t the same. “Life is humbling. I was good enough. But the window is so small. When the window opens you have to jump through it. It may not open again, and it didn’t for me despite how I tried.”

Still, the 2004 near-miss and a lesson from Georgia professional Jeff Patton that year opened his eys. “There are so many parts to the game. I think I had them all except the last one, getting the ball in the hole 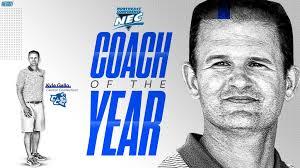 with the putter. I just didn’t grasp it. If I could putt then like I can now, I would have won multiple times on tour, I believe.”

His game was shaped by where he learned it, Gallo says. “I played Timberlin as a kid and it’s still one of my favorite courses. But back then, the greens were like putting on fringes now. My philosophy was that I had to hit it close. That made me a great ball striker but not a great putter.”

Gallo’s old friend Jim West, who traveled and competed with him for seven years on mini-tours, says Gallo’s longevity is born of his deep commitment. “He has the best intellect of anyone I’ve ever known about the game, not simply his swing, but how to dissect a course, how to play a hole, how to plan for a round taking into consideration his own game and things like wind conditions, hole design, everything….He understands his game and what he needs to do and when to make a score.” West says Gallo’s commitment was complete, from preparation to fitness to training to nutrition. “My side of the refrigerator and his side looked very different,” he laughs. “But that is Kyle. He understands what it takes to make it in a way that most of the kids coming up do not. They are great bio-mechanically, all great swings. But they don’t know the way he does what it takes to play the game.”

In 2016 Gallo decided it was time to give back in return for the admittedly “selfish” life he’d had to lead, necessarily,  to compete.

He took the head coaching job at his alma mater, Connecticut Central State, and led the Blue Devils to their first Northeast Conference title in 13 years. Then, suddenly, CCSU ended its golf program.“It was heartbreaking,” he says, and political. Gallo coached at Western New England University for a year and is now weighing another opportunity. “It gives me even more satisfaction than playing honestly,” he says. But for the very fit Gallo, might a try at the Champions Tour not be in the future?

“I won’t put a time line on golf. I feel good. I always compete to win and I’ll tee it up with anybody. A PGA Tour pro even. Just give me a couple of weeks to practice.”

It will not surprise Gallo’s friends if he plays senior tour, especially given his new approach to putting. “Kyle is the epitome of constant improvement,” says West. “And for Kyle, the bigger the stage the better he gets.”